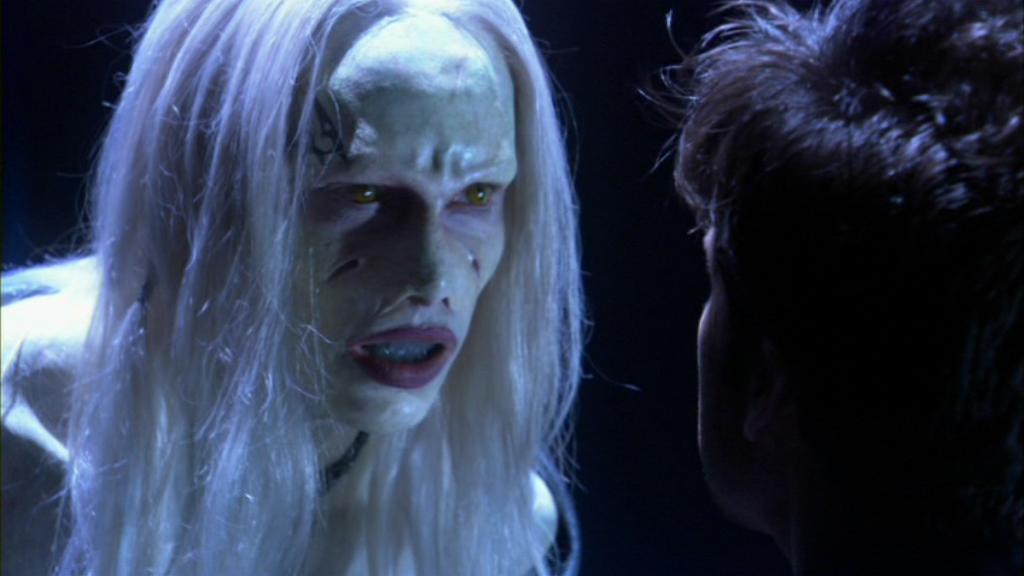 Overseer of a Wraith hive. Unlike other female Wraith previously encountered, her hair is white. A tattoo marks her right temple. She also wears an ornate item about her neck.

The number of queens in existence is unclear. However, since there is but one Wraith Keeper, it is logical that there is a single queen per hive as well.

The Queen, like the Keeper, has powerful telepathic abilities, and can easily invade and probe minds of those not of her species to the point of forcing the subject to kneel into submission.

The Lost Boys - Sheppard is taken before the Hive Queen to be telepathically interrogated.
The Hive - Because of their distrust in one another, two Hive Queens allow Colonel Sheppard to manipulate them to the point where they destroy each other.