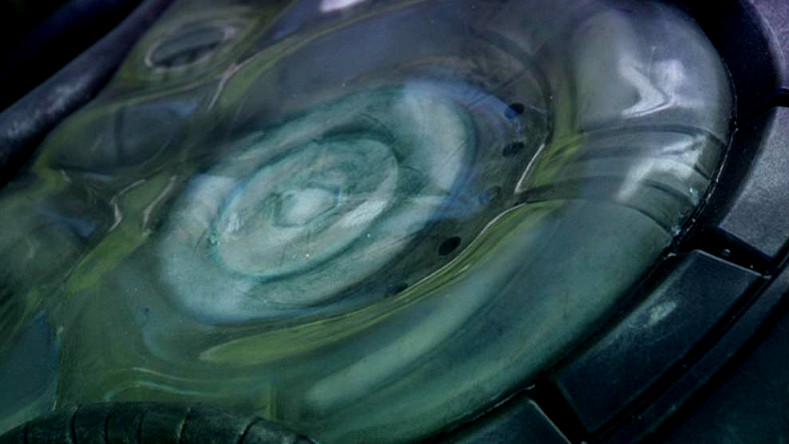 Device designed to entirely eliminate all trace of the Wraith wearer, usually with collateral damage. Standard Wraith warriors have them built into their chest armor, whereas the more elite commanders (distinguished by unmasked faces and typically black clothing) wear them on the left wrist. The bracelet version also can double as a transmitter.

The devices can be set off by the touch of the user.

Suspicion - When the Wraith are pinned down by Sheppard's squad a warrior sets off his self-destruct. Soon, a commander tries as well, but does not reach it in time.