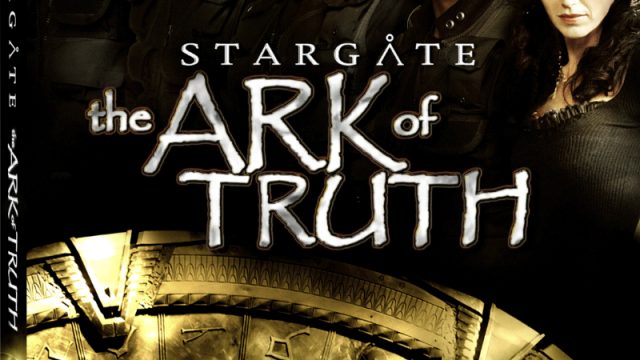 This review is intended to be largely spoiler-free. It does include basic details about the plot of The Ark of Truth, but nothing more than you might read on the back of the DVD case or in GateWorld’s movie guide.

With the arrival of Stargate: The Ark of Truth on DVD, the 10-year saga that left a lasting mark on science fiction television finally comes to an end. The producers of the TV series had hoped to go on to an eleventh season, and when SG-1 was cancelled they opted not to conclude the two-year Ori storyline with the final episodes. Instead, that task is left to the first direct-to-DVD movie, arriving in North America on Tuesday, March 11.

That decision makes for a spectacular conclusion to the series in which so many fans have invested. It also makes for a Stargate movie that is not especially accessible to new viewers. But clearly the studio knew this going in, and greenlit two SG-1 movies. The Ark of Truth is for the fans; Continuum (already filmed, and due out this summer) is a stand-alone story that is meant to be more accessible to casual viewers.

Recognizing Ark for what it is, then — a film meant for fans, as the final chapter in a two-year story — it is a remarkable achievement. The conclusion is satisfying, and thanks to the larger budget (and the efforts of the entire crew and cast) the film’s visual quality stands noticeably above even the best SG-1 episode. 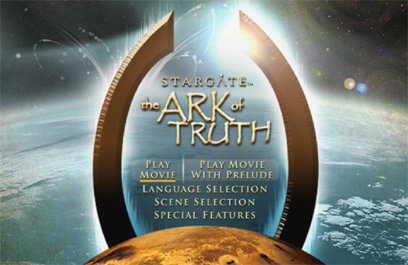 The Ark of Truth‘s DVD menus are simple, not animated, but attractive. 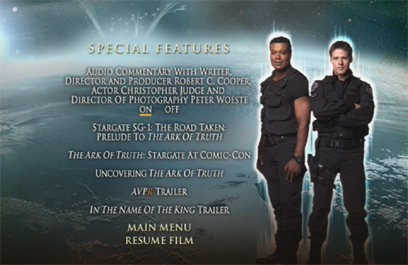 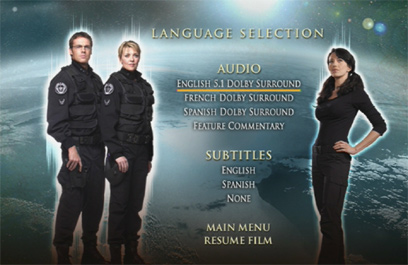 THE ROAD TAKEN: PRELUDE TO THE ARK OF TRUTH
“The Road Taken” is a 9-minute recap of Stargate SG-1‘s ninth and tenth seasons. It’s a smart idea to not clutter up the start of the movie with a “Previous on …” review. But at the same time, The Ark of Truth is heavily dependent on the show’s existing mythology and unresolved storylines. So this recap is a good thing for fans, and absolutely vital for viewers who are not up to speed with Ori lore.

This feature is available to watch as a stand-alone bonus feature, or along with the film itself. The DVD’s main menu gives you the option of playing the movie with or without the prelude. 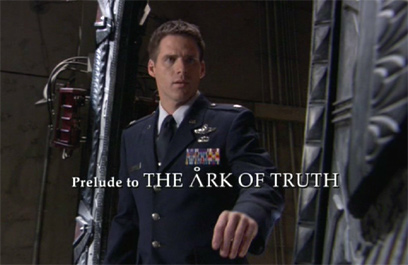 There is one other significant advantage to this. With the SG-1 saga finally drawing to a close (save, of course, for future stand-alone movies), there is a need to reconsider the whole of the Ori story arc. The final two seasons of the TV show relaunched SG-1 almost as an entirely different show, and Seasons Nine and Ten were not without their critics. But watching the assembled highlights from “Avalon” and “Origin” through “The Fourth Horseman,” “Crusade,” and “Flesh and Blood” all the way to “The Shroud” and “Dominion” really gives one the sense of the complete story. The Ori are not the Goa’uld, but they do have a story of their own. It is interesting, it is entertaining and ethically challenging, and now it is a complete story which makes up a significant portion of Stargate history.