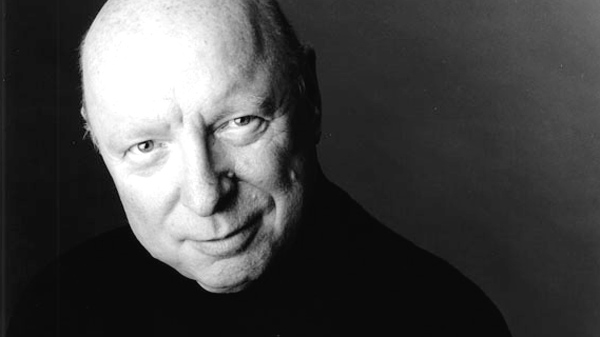 With great sadness we must report that veteran actor Don S. Davis passed away on June 29, 2008. He was 65 years old.

Don co-starred on Stargate SG-1 for the show’s first seven years, helping to launch the enduring science fiction franchise. Davis played Major General George Hammond, base commander and a father figure to many of the show’s characters.

He is also well-known for his portrayal of Major Garland Briggs in Twin Peaks.

Off-screen, Don was beloved by the show’s cast and crew. He departed the show in 2003 due to a medical condition that restricted his workload, but returned for several guest appearances on SG-1 and Stargate Atlantis in the following years. Don worked hard to improve his health, and continued to work both on screen and off until his death.

The following message was provided by Don’s representative and his wife, Ruby Fleming-Davis:

So many of you have been touched by not only the work and art of Don S. Davis, but by the man himself, who always took the time to be with you at the appearances he loved, that it is with a tremendous sense of loss I must share with you that Don passed away from a massive heart attack on Sunday morning, June 29th.

On behalf of his family and wife, Ruby, we thank you for your prayers and condolences. A family memorial where Don’s ashes will be scattered in the ocean will take place in a few weeks, and should you wish to, please make a donation to the American Heart Association in Don’s memory.

Born August 4, 1942 in Aurora, Missouri and raised there, Don received a Bachelor of Science degree with a double major in theater and art from Southwest Missouri State College in 1965. He then served three years on active duty in the United States Army, entering as a Second Lieutenant. He rose to the rank of Captain and was stationed in Korea before completing his required tour of active duty.

Don’s list of film and television credits is lengthy, dating back to 1982. He met Stargate co-star Richard Dean Anderson on the set of MacGyver, where Don worked as a stunt double for actor Dana Elcar.

When production on Stargate SG-1 began in 1997, the producers tapped Davis to play the base commander — originally written to be a by-the-book antagonist, but quickly softened by Don’s own personality and experience.

In 2003 Don married his soul mate and the great love of his life, Ruby Fleming-Davis. The two have resided in British Columbia with their three dogs, Teto, Ming and Charley.

Don’s off-screen career as an artist blossomed especially in the years since he left Stargate. A look at his Web site, DonSDavisArt.com, reveals his tremendous gifts in painting, drawing, and woodcarving.

Don’s final Stargate appearance is in Stargate: Continuum, the SG-1 DVD movie that will be released July 29 in North America and August 18 in the United Kingdom. He will also appear in the forthcoming films “Vipers,” “Woodshop,” and “Far Cry,” according to the Internet Movie Database.

Many fans of Don’s work have had the opportunity to meet him in person, as he was also a regular face at fan conventions around the world. Fans learned that behind General Hammond was a Southern gentleman with a big heart, a no-nonsense attitude, and all the love and respect one could imagine.

GateWorld’s editors visited with Don in 2006, where he talked at length about his career, his time on Stargate, and his feelings about his fellow cast members. That two-part video interview, “Intimate Portrait,” may be found in the Interviews archive.

Services for Don S. Davis will be small and private in Vancouver. His Web sites will be updated this week, and his obituary has been published in the Vancouver Sun newspaper. In lieu of flowers or gifts, the family requests that donations be made to the American Heart Association in Don’s memory.

Memories of Don can be shared at GateWorld Forum. Also watch the site this week for more in tribute to this stellar actor and man, beginning with a special video tribute (below).