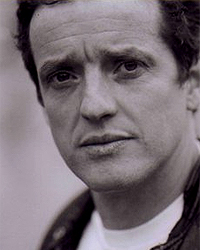 Two more main cast members for Stargate Universe have been announced, bringing today’s total to four! Justin Louis has been cast as Colonel Everett Young, and Jamil Walker Smith has been cast as Sr. Sergeant Ronald Greer. The news was first reported at TVGuide.com.

The senior military officer on board the Destiny, Colonel Young is “an experienced and married Stargate team leader,” according to TV Guide. Early casting documents described the character as a former SG team leader who is the temporary commander of a secret, off-world base. He has been married just two years to his wife, Hailey.

Veteran actor Justin Louis is 41, born in Portugal and raised in Ontario, Canada. He has appeared on a broad range of TV series and films, including Durham County, 24, CSI: Miami, and 1-800-Missing. Science fiction fans may have caught him in guest appearances on The Outer Limit (appearing with Firefly‘s Nathan Fillion in the episode “Star Crossed”), Mutant X, Highlander, and as the holodeck character Trevis on Star Trek: Voyager. He also appeared in the recent A&E miniseries The Andromeda Strain. 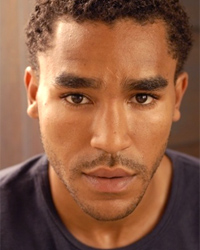 Sergeant Greer was named Ron “Psycho” Stasiak in early casting documents (story), and is the fourth main character renamed so far. His character is described as “a Marine with an explosive temper … and a mysterious past to account for it.”

Jamil Walker Smith, 26, hails from New York City, and is best known as the voice of Gerald on the Nickelodeon series Hey Arnold! On screen he has appeared in such series as Bones, Cold Case, NYPD Blue, and Supernatural. His official Web site is at JamilWalkerSmith.com.

Character details are, of course, subject to change as the show moves toward its February 4 start of filming and fall 2009 premiere. Stick with GateWorld for the latest developments!

(Thanks to Morjana and Michael Sacal for the tip)

Not really familiar with Justin Louis’ work, though his face is recognizable from other tv shows and movies, though nothing memorable. He’s not what I would have expected for Young. Still, its been exciting to see all the new cast announcements.

I know I’ve seen Louis before, just can’t place him.
Smith is quite handsome, so we are getting our complement of beautiful people, too. Bet the gals will be knock-outs.

I’m not happy with Jamil Walker Smith. For once the brute of the show should be someone who’s **actually** intimidating looking. Teal’c was fairly good, Ronin was a joke, and this guy doesn’t seem much better. Throw a big huge husky guy in the role, someone with some physical presence as well as stage presence.

So far I have not been intrigued by any of the four new cast members announced. I’m glad they’re not all ridiculously young though.

J.W.Smith (remember we now have two hottie Smith’s) will be a handsome angsty guy with a mysterious past who Chloe will want to heal with her newfound compassion and love.
What’s not to like?

But it’s gonna be TOTALLY AWESOME!
(sarcasm just doesn’t come through on the screen, darn it :P)
although I do think the cast so far seem fine, just quite stereotypical, but then that’s par for the course in TV.

The cast is **extremely** stereotypical. It’s like the casting departing is just picking people they think are hot to the largest number of people.

All this is very interesting, but I’m looking forward a summer trailer to see how those actors fit together. Mostly to see them in action and interaction with each other. As long as they don’t pull a Rainbow Sun Franks on us I’ll be happy.

@ phoenixp3k: Or the reverse, getting rid of the best characters. Getting rid of Dr. Weir was the biggest mistake in Stargate history in my opinion, it’s when me and most everyone I know stopped watching Atlantis.

So far they all look appropriately angsty and emo, which seems to be the direction this series wants to go in. I don’t get any of the humorous, we don’t take ourselves that seriously vibe that I got from both SG1 and Atlantis. And to be honest, I will miss that. I LIKED that. This show I might actually like, too, but it will be a completely different experience and not at all like what I have watched for the past 15 seasons of Stargate. I will really miss that lighthearted space adventure that was the previous incarnations. But life… Read more »

I wish this comment system had an edit function, the above just didn’t come out sounding right!

Thanks for revealing the cast for Mansquito, now who’s on the cast for Startgate Universe? What? THIS is the cast? Oh…

Why is it always the black or ethnic guy that has the temper/warrior mentality?

Huh, I thought they were gonna get a bigger name for Everett. Ah well, as long as he is good.

Baaah. You critic guys is so boring now, for crying out loud! J. Louis is perfect man for Young character. And J.W. Smith is nice one too. WTF? By the way, Carlyle is already cost much, so… :-D You know what? Just give them a f—ing chance, people!

I’m curious now, what kind of women will show to our eyes. This is most important part for me :)

You know what is really cliche’ and tired? The rants by people like GATURE who suppossedly stopped watching SGA when Weir left, but still find the need to come back to a fan site and rip the show. Thanks for giving the rest of us a good laugh.

Ya DarkElfa first Tealc then Ronon and now this guy. Way to keep on writing the stereotype tptb.

So far I’m liking the people being hired for SGU, but with such a large cast I wonder if the writers will be to properly handle character development. The biggest problem with Stargate Atlantis was character development in my opinion. When the writers found themselves running out of ideas they just fired the actor and jettisoned the character. Hopefully, SGU will be different.

I was hoping for the actor who played Tom Paris in STV for Young (can’t remember his name ATM). Ah well.

“Not really familiar with Justin Louis’ work, though his face is recognizable from other tv shows and movies, though nothing memorable.”

“I know I’ve seen Louis before, just can’t place him.”

He was also the husband in Dawn of the Dead.

@Gature: I know several people that STARTED watching Atlantis when they got rid of Weir.

I like the cast of SGU so far. Nothing really got me excited except for the casting of Carlyle, but none of these new cast announcements have me concerned either.

Justin Louis also played one of the head FBI guys in Shooter, and played an assassin in the lame Andromeda Strain remake (he was fine in it, the show just stunk), and has played the lead in some tv shows that I’ve never heard of.

:checks watch, taps foot: still waiting for a spark of something original for the next Stargate.

Aaronjw – I think you thinking of Robert Duncan McNeil as Tom Paris on ST:VOY..

Ah, thats my two-pence worth of geekiness!

none of these actors have connectable faces. i hate every single pick so far. they need to find those SPECIAL people.. the shanks, the weirs, the tappings.. faces that i connected to before i even saw them play their parts. these people look like they are going to do some kind of StarGate SPOOF..

oh and sci-fi.. can we please get some more DUDES here? there arent enough DUDES.

BORRING!!!! bring Joe Flanigan back he is hot

There is no eye candy so far. Hell no!