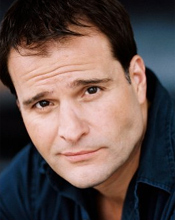 Former Stargate SG-1 and Atlantis director-producer (and occasional writer and actor) Peter DeLuise will return to the franchise to direct the fourth hour of Stargate Universe. The news was revealed this week by SGU consulting producer Joseph Mallozzi on his blog.

The episode is titled “Fire,” and is being written by series co-creator and executive producer Brad Wright.

DeLuise directed 57 episodes of SG-1 and six episodes of Atlantis, according to the Internet Movie Database, going all the way back to the second season SG-1 episode “Serpent’s Song.” As an actor he also made tiny cameos in the episodes he directed, and played the Wormhole X-Treme replacement actor in “200.”

He departed the show when SG-1 came to an end in 2007 (his final episode being “Family Ties”), and directed for such shows as Painkiller Jane, Kyle XY, and the new hit Canadian series The Guard. He also picked up his acting career, making appearances in Robson Arms, Supernatural, and — going into our “It’s a Small World, After All” files — playing “John Sheppard” in Yeti: Curse of the Snow Demon.

“Fire” is expected to go before cameras late March or early April, and will air this fall on the SCI FI Channel in the United States. Learn more about Stargate Universe in GateWorld’s SGU Launch Section!

yay. he is such an awesome guy

Great news. PdL can bring the action, the depth AND the humor. Glad to see he’s going back where he belongs in the SG family.

Cool. He’s Samantha Carter’s boyfriend. Peter DeLuise is cute too. Wouldn’t mind seeing him make guest appearances in some of the episodes he directs too.

YAY for Peter DeLuise, where has he been these last few season :( I missed him. I may have to rent the DVD just for his commentary, it won’t be the same without Walter together they are a professional comedy commentary due, I find them more funny than most US sitcoms on at the moment.

Have they thought this episode plan though properly, what are they going to do when they’ve gone though all the obvious elements.
Will there be an episode called ‘magnesium phosphate’. I think they’ll give up at the start of season 2 (not that this effects the content of the episodes) like Terminator SCC gave up on the episode narration, which made me :(

kzap333 – Magnesium Phosphate is a compound not an Element :P

As for my comment; I look forward to spotting his cameo. Also the special features on the DVD aren’t the same without him. I can’t say anything about the commentaries because I never listen to them except to listen to the Stargate theme lyrics on Prodigy

Peter if u read forums i hope u see this
Welcome Back From Australia Mate.
wish ya all the best.

Yey!! Peter!! *Jumps up and down excitedly*

Thanks for the DeLuise family correction update. Wow, they do look a like, and I didn’t realize that. Either way, they were cute.

Then which one was on Sanctuary that had a van and was dealing lots of weapons? I think on the original web version; they changed it on the tv version and was no longer a DeLuise.

Midget, that was Peter on the Sanctuary Webisodes ;) Looking hot and acting awesome as ever…

Didn’t PdL actually have a regular role on Seaquest DSV as the “Fishboy” (he had gills on his back – supposed Military Experiment), along with another DeLuise as “Piccolo”? or am I confused ??

It’s been filming now for a week or so, has nothing from the set managed to leak out yet? Like the set interior, or uniforms, etc? I’m sure we’d seen a grainy image of the Atlantis gate room and some character photos by this time in Atlantis’ shooting schedule.

Finally! Peter Del is / was the backbone of Stargate IMO. His episodes were always top notch. Very glad to see him working on SGU. They need to keep him on.

Your very welcome back Peter. I might actually watch the show now that he will be directing and Lou Diamond Phillips will be starring in it.
He has a talented and big family it seems. I wonder if he is related to Dom of the Cannonball films or is the name different.

USO6154 you are right PDL played Dagwood and his brother Michael played Piccolo in Seaquest DSV but it was Piccolo who had the gills, Dagwood was the GELF