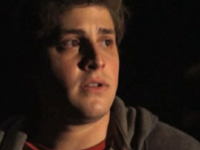 UPDATE: MGM has advised us that “Philosophical” is a SCI FI Channel exclusive, so we won’t be publishing a high-res copy or screen cap gallery at GateWorld. You can watch the trailer at SciFi.com or YouTube (embedded below).

SCI FI Channel tonight aired the second teaser trailer for Stargate Universe, the new series set to premiere this fall! The 30-second spot aired during the U.S. television premiere of Stargate: Continuum, and follows on the heels of March 20’s first teaser, “Frantic.”

The second teaser is titled “Philosophical,” and offers a more personal, more somber look at the faces (and voices) of each of the main characters.

Watch it now at SciFi.com, or below (via YouTube)!

Looks good :P hope our Sci-Fi channel here in Australia shows this later this yr and not 2010…?

Nice trailer. But the first one was a bit better.

I loved the trailer, but I am not a fan of that music selection :P, not because it isn’t good, but because it will give the SG:90210 people more fodder to use against the people who are pumped about it, like me :D

I much preferred the first trailer. This one doesn’t excite me much at all I’m sorry to say! :(

Anyhoo… Here’s the YouTube linkage for those outside the US.
http://www.youtube.com/watch?v=FcG-Rl8kigI

(For whatever reason, the uploader of the vid looped it so that it plays over and over for almost 2 mins! lol. Weirdz! :P )

Looks really good, and although I like them Id say for this trailer the same as the first one, I would have lost all but the last voice over.

Excited for when this comes out, wonder how long it will be until promo shots are released!

Of course these trailers are imposilbe to read, but reading it anyway :) I will say this looks a lot like ER or some other mainstream drama. Kinda lame, but yes, this is getting is exiting.

The Trailer looks nice, I can’t wait for SGU! :D

You know I was on the fence about this and I really like Robert Carlyle as an actor. But, this trailer looks lame. It really looks like some CW show. I’ll give it a shot but this just really looks like some angst-driven bad ripoff of Galactica with hints of ST:VOY and Farscape thrown in for good measure. Stargate has always been a great popcorn television series never meant to be taken seriously. They can never be the greatness that Galactica was. They shouldn’t try, either.

This stuff is to tease me. I wanna full trailer nohohow! :)

This… trailer is a joke, right? Right?!

I loved Stargate SG1 and Stargate Alantis was cool, but this show looks horrible! The show looks like they tried to copy Galactica(which was the worse show) and failed. It looks like a drama show instead of an action oriented, special affects Sci-Fi show. This trailer made me really disappoint, the first one was better, but still lame. Not only does the trailer make it look cheaply done which is fine, but it also makes the whole seem lame and not a show I would watch. Its like Sci-Fi never has any really good show cause they never put money… Read more »

@composer01: It’ll be nice to see Stargate return to where it began — a show about exploring the unknown, and more importantly, how that journey affects those partaking in it. If action and special effects are what matter most to you, go watch 24.

I don’t care what all you nay-saying whiners are complaining about, I think the show Definitely looks interesting enough to give it a chance. No one is holding a gun to your head forcing you to watch it…

I’ve asked this question before but didn’t get an answer and this new trailer hasn’t really enlightened me either… does anybody know if Robert Carlyle’s character is Scottish in SGU or has he got to put on an American accent to suit the mass audience?

If it’s the latter I’d be disappointed (not just because I’m Scottish!) because surely as the Stargate program is supposed to be a multinational concern it wouldn’t be too strange to have a Scotsman on board. Or would the fact that we’ve had Beckett in SGA just be too much Scottishness for TPTB? ;-)

Actually found the answer to my own question! So for anyone who cares:

“According to Mallozzi’s blog, Carlyle will not need to change his accent, so it is likely that Rush will be a British character.”

They may include ‘Scottish’ under the catchall ‘British’.

@composer01, at least give it a chance! You may enjoy it. Also, it was Showtime, not HBO that first aired Stargate SG-1 from Season 1 to Season 5, Then Season 6 to Season 10 on Sci-Fi.

I much prefer scenes with light… dark scenes just don’t show anything.. the producers and writes and use dark scenes to use less resources and effects, to make a big scene in a dark small closet… usually to save money. If and when they film a dark scene they may be trying to make us think it’s a terrbile dark scary place… A brightly lighted scene provides a comfort with visions of what we should see. That scene they shot with people either screaming, yelling, or moaning in a dark place does not excite me at all. I need well… Read more »

Looks cool…. I don’t mind a little drama, but I really hope there will still be Stargates in it, so it will carry on the tradition =)

First of all, dark scenes aren’t written in so they can cheap up the show. Dark scenes are written for whatever reason. Besides, SGU is already a more expensive show then both SG1 and SGA. Also, none of you guys/gals have even seen the show yet. Stop complaining and bagging on a show you haven’t even seen yet. Wright and Cooper already said that the show is going to be more drama based. Comparing it to Galactica, which is an amazing show by the way, is like comparing apples and oranges. I see this as an opportunity to explore a… Read more »

@Sanguine the reason people are complaining about it is they don’t want to see another side of Stargate, I personally am happy with it how it was (well it started to get a little too dark at the start season 4).
Also I HATE BGS with a passion.
The fact is they changed to show to more drama based because they thought it would get more viewers they just didn’t think that the fans like it how it was and wouldn’t like change.

I hate the music reminds me of a CSI preview. I am hoping this preview doesn’t do this show any justice. Loved the first one better.

Sorry but what’s supposed to be interesting about the two trailers? Dark corridors, people yelling and complaining. Wow. That’ll make people want to tune in. They didn’t show anything remotely interesting or exciting. zzzzzzzzzzzz

I agree with Stevearm, mostely useless trailers. I was reminded of the trailers for blair witch…I never watched THAT because I thought it was hokey. Not that I will think this show is hokey…I love scifi and will give it a chance regardless of the poor trailers. But still…trailers sucked butt. As for BSG, you detractors out there seem to think fans of the original all hated it or that the show sucked? To cerebral for you maybe? Funny because the show in its 4 years accumulated many awards, specifically best syndicated tv series several years in a row. If… Read more »

@Graywolves my problem is not soo much I don’t think BSG is high quality, I know it is. I personally think it’s crap. I’m sure the new stargate will be of high quality well shot and well directed but if it’s anything like BSG I won’t watch, why? because I liked stargate how it was. I understand your point of view if you don’t like stargate you might like this, but it seems odd that the creators would be making a the new series of stargate for people who didn’t like the old series. I may have liked the new… Read more »