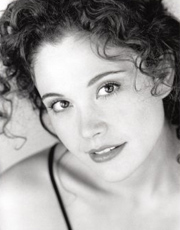 Beware of minor SPOILERS for the upcoming SGU episode “Life” in the report below.

Actress Reiko Aylesworth has been cast in a key guest role in an upcoming episode of Stargate Universe, consulting producer Joseph Mallozzi revealed (blog). The actress will play Sharon, Camille Wray’s long-time life partner back on Earth, in the episode “Life.”

The 38-year-old Chicago native plays Michelle Dessler on Fox’s hit action series 24. Fans of ABC’s LOST will also recognize her as Amy Goodspeed, a DHARMA member who gave birth to a baby in the recent fifth season. Her acting credits also include The West Wing, C.S.I., and a recurring role on ER.

Last but not least, the producer praised the work of SGU‘s Jennifer Spence, who plays the recurring character Dr. Lisa Park — “a character who has developed quite nicely since the pilot.

“Here’s a classic case of a supporting player who, over the course of several episodes, catches the attention of the writer/producers on the basis of an impressive initial performance,” Mallozzi said. “Based on that initial performance, the actor is given more to do — and hits it out of the park, which gives rise to more interest and meatier scenes. Jennifer‘s growing role on SGU is just one example of the many such instances I‘m seeing develop as we make our way past the season one midway mark.”

Watch for the series premiere of Stargate Universe in October. Learn more about it at GateWorld’s SGU Launch Center, and keep your browser locked here for continuing coverage all summer long!

According to Mallozzi’s blog, the name of Jennifer Spence’s character is “Dr. Lisa Park”. I think you may have gotten confused with the actress Linda Park (Hoshi Sato on Star Trek: Enterprise) or the wife of the Flash (Wally West version).