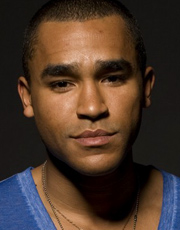 Here’s a rare chance to visit the home of Stargate at The Bridge Studios in Vancouver! Web site charitybuzz is now auctioning off a visit to the set of Stargate Universe and lunch with actor Jamil Walker Smith.

The charity auction is being conducted to support Step Up, “a national nonprofit membership organization dedicated to strengthening community resources for women and girls.” The minimum starting bid is $250 U.S.

The auction winner will be responsible for his or her own travel costs to Vancouver, British Columbia, and must take the trip between October 2 and 28, 2009 (after the series has premiered).

Head over to charitybuzz now to bid. And good luck!

(Thanks to prion and Louise for the tip)