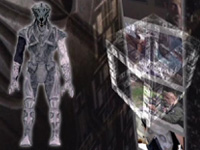 The GateWorld Gallery has seen major additions this past week, from Comics and Magazines to Toys and Games. But this page, as always, is dedicated to the Special Features Screen Captures section, which introduces SG-1 Season Eight.

The Season Eight DVD box set included three Directors Series featurettes, as well as a feature which followed Richard Dean Anderson to Washington D.C. and Christopher Judge to a Chicago Stargate convention. In addition, the creation of the Super Soldier is covered as well.

Below is a complete breakdown of all of the new screen capture pages!

Expect the Ninth Season Special Features to be screen-grabbed and at your disposal one week from today, right here on GateWorld!