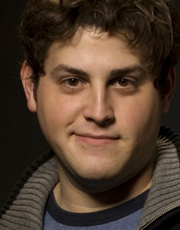 The trailer for Stargate Universe made its debut in movie theaters last weekend (story), with a new 90-second version of the Comic-Con preview — though with a few new shots added.

So that you non-moviegoers don’t feel left out, MGM has kindly forwarded the trailer on to us.  Watch the theatrical version of the SGU trailer right here on GateWorld Play!

Catch up on all the latest SGU news, photos, episode info and more in GateWorld’s Launch Center!

Finally Australia gets Stargate within a year of the US

The full version of the trailer is INFINITELY better. This one just feels rushed and out of place. They should have either put the full comic con trailer in theatres or made an entirely new one.

Now I don’t have to download it or wait 2 years for a great show. Way to go SCI FI.

I’ve never been this excited over a tv show! I’m not one for television, and the only time I do is to support the awesome-ness that is the Stargate franchise. Having said that; everyone needs to stop making snide remarks about this new show! If you’re on this site, its because you support the amazing creations Brad Wright and his minions created. Shut up and support Stargate Universe like the loyal gate-fans you are! Too much b.s. is flying around because some people cant apreciate the artistic talents Wright and his colleagues bring to the public.