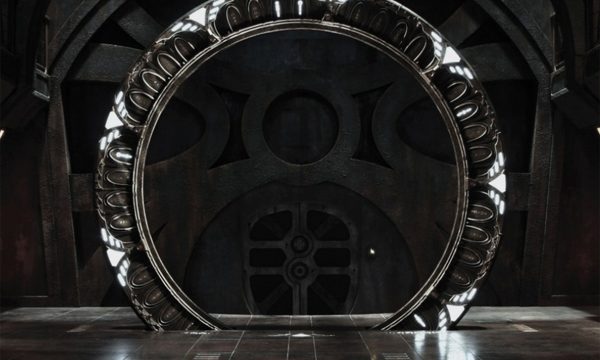 Netflix, the United States-based company that offers both rental-by-mail and streaming service of movie and television series to its subscribers, has given Stargate fans a new reason to rejoice.

For quite some time, users of the service have had only three Stargate titles to choose from via the service’s streaming service:  the original 1994 film featuring Kurt Russell and James Spader, and both of the 2008 SG-1 direct to DVD films — The Ark of Truth and Continuum.   As of this past weekend, that has now changed.

Effective August 1, Stargate Universe Season 1.0 was added to the service, with Season 1.5 of SGU available the following day.  Both offerings are available in HD.  (For Netflix’s purposes, high-def is considered 720p — not Blu-ray quality by any means, but still not too shabby.)

Stargate Atlantis followed the week after, with most of the episodes from the series available in high-def.

Finally, all ten seasons of SG-1 arrived for the service on August 15.  While the first seven seasons are standard definition, Seasons Eight, Nine and Ten are all available in full HD glory.

The Netflix streaming service allows subscribers to stream movies and television titles directly to their PC’s for viewing.  For subscribers with next-generation video game consoles such as Sony’s Playstation 3, Microsoft’s Xbox 360 or the Nintendo Wii, the service can also be configured with those consoles for playback through their television sets.

Very cool to hear. My folks gave up on the show very quickly but after I told them it got better in the second half my father at least got more interested, this way now he can catch up. It would be cool if they made an arrangement like what the producers of Heroes have with Netflix in that the newest episode is put on the stream the very next day, though I havent seen any other shows do that yet.

Actually Wganubis, There are shows that do that. I know a few of the NBC shows did like Heroes and i believe the office did too. Also a few of the Starz original programs did aired either at the same time, an hour after they did on starz, or the next day, like Spartacus and Crash. Which, on a side note, I hope they do that with the new Torchwood episodes. But yeah, if they did that with SGU that would be awesome. However Syfy needs to due that with all three of their flagship titles. SGU, Eureka, and Warehouse13.… Read more »

SGU 1.5 is now streaming on Netflix too!

Anyone else have problems with Netflix streaming quality looking all blocky? I have a nice 52″ Sony HDTV and the streaming stuff just looks awful to me. Not even as good as the upconverting that happens on my Cox cable box from 1080i to 1080p, let alone a Blu-ray. About the only thing useful to watch is a documentary, and even then, if there’s a lot of motion or action, it just starts all blurring together. It can’t be the TV, because I can’t watch blu-rays just spotless (and I watch the blu-rays on my PS3, which is the same… Read more »

EDITORS NOTE: The Neflix service streams at 720p, which while high-def, is not going to give you the same clarity as you’d get either from the cable box or from a Blu-ray. However, it’s still a ton better than standard definition.

Netflix is working to give better picture and sound clarity. However, even proper 720p streaming requires a 10mb/s connection or higher for consistency in the stream. Give it time. As higher speed connections become the norm, both picture and sound will improve.

Also, Season One of SGA is available as of today.

This made my week! I got into Stargate late and did not want to watch SGU until I was fully caught up with SGA. By the time I was caught up, SGU was halfway through season 1 and I could not find the first couple episodes streaming anywhere (only the past 5 where available). Also, I did not want to pay for half a season on DVD, so I was planning on watching SGU when they released the full season next year, but now I don’t have to wait!!! Hooray Netflix! If I like SGU, I will still probably by… Read more »

People from Europe still need to use ‘shady’ sites, I presume… So tired of ‘not available from your location’… Strangely, never seen that when I’m going to a site to buy stuff… hmmm
Cool if Gateworld could report more stuff from/in Europe (guess that would be a short article though :D)

After adding Atlantis to my queue i thought I’d check out SG-1. For at least seasons 1 & 2, it lists streaming as ‘coming soon.’ I’ve been wanting SG-1 on streaming for ages. I’m excited!

Nice to finally hear the excellent Goldsmith theme music that only ever plays during the credits when Syfy is busy pimping their monster-of-the-week movie. The show also feels much more natural without commercials breaking up the action.

Judging from the other comments on the Netflix page, there’s a bit of trouble with both halves of SGU Season 1 experiencing framerate slowdowns, creating a stuttering effect as you watch.

Trekkeriii, Although it says its in HD, Atlantis is not. When Netflix encodes a film or series for streaming, it only encodes in HD if there is a HD version available for sale in the marketplace. The only Atlantis episodes in High-Def and available to buy at this point are the series premiere and finale, “Rising” and “Enemy At The Gate”…as both are available in the Atlantis Blu-ray pack. Take a look at either episode. They don’t look bad. But they are definitely not HD. They have a habit of mislabeling on shows. When they added Buffy, Angel, Firefly and… Read more »

Actually, I have seen HD versions of shows uploaded to Netflix in the past when there is only a DVD version available. Example is the Babylon 5 Lost Tales. I actually streamed Stargate Atlantis Season 1 on my BluRay player that has Netflix (as I am aware of the mislabels). It is indicating an HD stream and sure looks better than DVD quality, granted nothing like BluRay. Just can’t stream it in HD on the website yet.

This makes me happy for the sole reason that Netflix paid out over $900 Million (to be paid over the course of 5 years) to the company that holds the rights to the film output of Paramount, Lions Gate and MGM. Hopefully, MGM will be seeing a considerable amount of this money and it’ll help them with their finances. I doubt this alone will get them out of the hole that they’re in but every bit helps and it may give them the capability to maybe come back to support some of their projects both for small & large film… Read more »

Just got on netflix today and noticed that all 10 seasons of SG-1 are now on netflix.

I would just like to see Netflix fix those choppiness issues, especially with SGU, before the new season starts.

You forgot to mention TiVo which is what I use now. I used to use my XBox 360 but that loud brute is now off and I just stream straight to my TiVo. I own them on DVD but it’s easier to stream then to get the DVDs out of the boxes and I’ll just do that from now on.

Okay so does Netflix have season 1 of SG1 in the wrong order. What’s displayed here differs from what netflix has as the order.