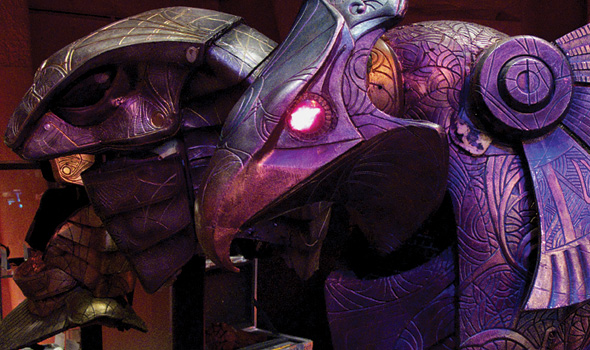 The last day of the Propworx Stargate auction has arrived, and with it is a big prize now offered by the auction house and MGM.

As part of the MGM/Propworx Official Stargate Prop and Costume Auction, MGM has announced they will auction a trip for two, including airfare from any North American location, two nights at the exclusive Shangri-La Hotel in Vancouver, an exciting day on the set of Stargate Universe and meal with cast & crew.

Proceeds from this item will go to the BC Children’s Hospital Foundation. The trip will be auctioned off as part of the ongoing MGM/Propworx Stargate Prop and Costume Auction, currently being held at the Experience Music Project|Science Fiction Museum in Seattle.

The trip must be scheduled between October 1st to 31st, 2010! Good bidding!

For further information regarding the auction, please go to LiveAuctions.Propworx.com/Stargate.

The last of the Stargate lots will be sold off from 9 a.m. to 6 p.m. (or until the auction is finished) Pacific Time today! Watch the auction for free on the Propworx Ustream page.