Life after Stargate Atlantis continues to be busy for the man who spent the better part of a decade playing one of the franchise’s most iconic (and neurotic) roles: Dr. Meredith “Rodney” McKay. In addition to more directing after the success of his film A Dog’s Breakfast, David Hewlett has also found the time to show up on the big screen, with roles in the summer theatrical release Splice and in the upcoming The Whistleblower, co-starring Rachel Weisz and Monica Bellucci.

GateWorld caught up with the actor for an extended chat, when Hewlett was a guest at the Vancouver edition of Creation Entertainment’s Official Stargate Convention. He discusses his work on his current projects, his feelings on the final year of Atlantis, the dynamic change that Robert Picardo’s addition to the cast provided, and much more!

GateWorld: How is Sebastian?

But the coolest thing actually – there’s two, actually – my two cool moments with Baz recently have been … one is, as a kid I used to do this little face sucker thing. Like from Alien. I’d actually do the little pod opening and then I’d jump on his face with my hand. Which would scare most children. He actually likes it. He’s now started to do it to me. So, he does this cool little thing with his little hand and then he just goes, “Whoooo!” So, I’m kind of proud of the fact that my two and a half year old son already knows how to do the little face sucker from Alien.

The other one was that, I asked him what he wanted to watch the other day on television and he said, “Doctor Who.”

DH: That was kind of cool.

GW: I actually just got into that myself.

GW: I haven’t finished the second season yet. I know [where I’m at], they’re about to lose Billie Piper [“Rose Tyler”] but that’s all I know. 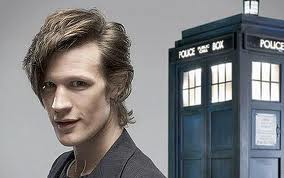 Hewlett's love of Doctor Who has been passed on to his son, Sebastian.

Well, I actually … I was a big fan of the original series. I found the new one a bit campy for me. But I’m actually … now that this Moffat guy’s taken over I’m really liking it.

GW: Netflix will save your butt.

DH: Oh, yeah. Netflix is great. Netflix. I live on Netflix. I made a lot of money off Netflix.

DH: Because I owned their stocks for a while.

GW: Jane and Mars [the family dog]. How are they?

DH: Good. Good, good. Mars is fat. Mars has been away for a while. We’ve been away for, like, three months. And he stayed with friends. And I think they just fed him every time that he looked at ‘em. So, he just basically, he’s like a balloon with, you know, little stick legs. So, huge.

GW: What have you been up to recently? Personally? Professionally?

DH: A bit of everything. I mean, I’ve literally been … I’ve been in Europe a lot. So, I’ve been doing … I did a film with Rachel Weisz out there in Romania. Her and Monica Bellucci and …

GW: Was David Nykl in that too?

DH: David Nykl was not on that. No, no, that was Helen, which was shot in Vancouver. Yeah, yeah, that was a different one. That was Ashley Judd.

DH: Yeah. So, did that. I did a couple films in Bulgaria. And I just directed a film in Bulgaria, which is a creature feature for SyFy, out there. An evil snow monkey movie.

DH: It was in Bulgaria. In Sophia, actually. Just in one of the … it’s some evil mountain that they have up there that we …

GW: Is it cheaper to produce there?

DH: Yeah, I guess so. I mean, it’s tricky because … As a Canadian, I grew up being the cheap place to shoot. I mean, Canada was where we would used to go, you know. But the dollar’s on par now, so I guess that’s made a difference. And they’re constantly pushing the budgets of these things down. 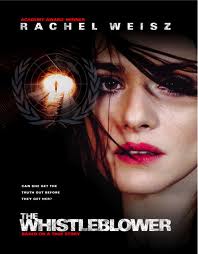 DH: So they’re always looking for new places, like new frontiers where they can get people for cheap and stuff. So, Bulgaria’s definitely a cheaper place to shoot. But it’s also suffering the same problem where its local currency is beginning to creep up towards the American dollar. I’m not sure how long it’s going to be a deal. But it fluctuates so quickly. Who knows what’s going to happen? There was a volcano, right? That just stopped all of the airline’s travel. So, you know.

I say that if you can direct a film in Bulgaria, you can direct anything. Anywhere. I can’t remember who it was, but one of the directors I read about when I was doing research before A Dog’s Breakfast said that if you can’t direct it for nothing, you can’t direct it for the huge multi-million dollar budgets as well. So you’ve got to be able to do it with no money before you can do it on the big budgets. So, you know, before I’m doing Iron Man 3, I’ll …

GW: [Laughter] The last time that we talked with you, back in 2008, the last official talk …

GW: It wasn’t too long after the announcement that the fifth season of [Stargate] Atlantis was going to be the last one.

DH: Was I crying? Were there tears?

GW: There was sadness.

DH: There was grief. There’s still grief. It’s amazing how people are still mourning that show. You know?

We didn’t really actually get a chance to discuss the final year, though, because most of it hadn’t aired yet.

DH: Mmm, mmm. I don’t even remember it now. [chuckles]

NEXT: Atlantis‘s final season and the cast

I really love David Hewlett and wish him much success! I liked his observations about SGA and it being something the entire family could watch and that it had “heart.” He’s kind of changed his views about SGU, I guess, since he’s now going to be in an episode. Which, good for him as far as his career goes, but I know I was disappointed when he announced that he was going to do it. Oh well. I’d love to hear more of his observations about the rest of the cast and crew, they always talk about him being grumpy… Read more »

Great interview. Glad to see David doing well. Nice to see that he misses the Stargate family. And I am now following him on Twitter as he suggested so all of us Stargate fans can stay plugged in.

A wonderfully funny guy. Eccentric as heck, but that’s a part of the charm. Follow him on twitter, and it’s great that the cast of SGA consider each other as family. Insane ribbing between Hewlett and Flanigan. Good to see that These guys are doing great projects and are not “starving artists” as some expected after the end of SGA. Great Draws at “Cons”. I’m sure other non SG1/SGA “actors” feels envious about the reception that SG1/SGA cast receives at places like the Dragon con.

He seems like such a fun, and funny, guy. I wish I had enjoyed Atlantis more so I could have seen more of him than his few appearances on SG1. As it is, I can’t wait to see him on SGU.

should have asked him why there was so much filler episodes in seasons 4 and 5. they could have ended atlantis and not have to worry about making movies to cap it off.

i miss atlantis so much.i have watched all 10 seasons of sg1 and i loved it but my heart was broken when atlantis went off.david just made the show for me.he’s great.love to all

I can’t say enough good things about David Hewlett. He impressed me with McKay, consistently acting out his many character flaws. And he inspired me with A Dog’s Breakfast, as I have an interest in filming. He is definitely someone I would appreciate meeting one day.

I am a huge fan of David. I’ll watch what ever he’s involved in. I miss Atlantis!!!