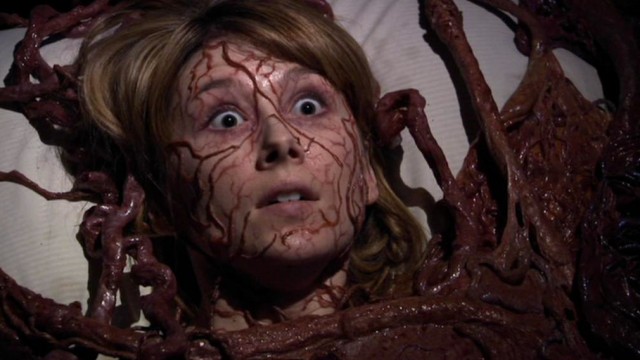 Two episodes of Stargate Universe are now available for free download in HD on iTunes!  MGM has temporarily made the two season premieres — “Air, Part 1” and “Intervention” — available without charge.  Get ’em while you can!

Also a part of the promo are discounted prices for all 15 full seasons of Stargate SG-1 and Stargate Atlantis, plus the Stargate movies.  The full seasons of the two previous series are $29.99 for high definition copies, and $20.99 for standard definition.

Check out the full menu of Stargate seasons in iTunes here.

Is this just in the US? Because I just checked the UK iTunes and this deal does not appear to be active over here.

Seem like MGM is testing the waters seeing how popular Stargate is, surely they still have to pay Apply to distribute the files ?
I am surprise they have only release one episode of Air, when it a three part episode that need to be seen together.

Problem is I 1) own all of these on DVD or blu ray and 2) can stream them all through Netflix when I’m on the road, so while its definitely an intriguing idea not really needed for me.

Hmm, nice intent, but what of those who don’t have iTunes (or can’t run it?) ?

Bleh, made me accept the (insane) iTunes EULA just to see I need to create an account to just get a *free* download. No way.
I already recorded all S1 from NRJ12 in HD with both EN and FR audio tracks anyway (vlc roxor).

@Billz it seems you have to switch the store, at least it let me do it from the french one after clicking a link. But I didn’t find an obvious way to force changing the store. iTunes seems like a model of unusability.

i agree with knowles2 … they are testing to see how many people will buy it if it is free, possibly a market test for movies they may be considering. Probably overall interest in stargate since they are also lowering prices on SG1 and Atlantis

Damn and I already bought the Amazon season pass. Guess I’ll have to “buy” them on iTunes as well just to help the numbers. Hopefully next week with McKay and Woosley the rates will get a boost. You know the SGA die hards will be watching.

Me, I’m just a Stargate die hard :) Still miss the good ole SG1 days (seasons 5 through 8), but still loving the Stargate, and don’t plan to stop.

BTW, I just checked it out, it is only S01.E01 (pt 1 & 2 I believe) and S02.E01. Not really giving much away there. Both iTunes and Amazon have the season passes for ~54 to 56 dollars. Which is kinda really expensive compared to how much it was… but you know I’m a fan, I own S01 on blu-ray, bought both parts, and wish S02 would be on blu-ray. oh and DOWN WITH SYFY… one day networks will understand they don’t get it, but not until they are at risk of going under and have to change. Also, yes I… Read more »

I believe a lot in Netflix and no longer in networks (out of AMC that rules).
Netflix is going to moonwalk everyone else, to the benefit of the consumers.

Scifi was good before nbc started to drive there networks in to the ground so that comcarp could buy them. The only good stuff left of NBC is the NHL. I hope that fox or ESPN get’s the NHL deal next year and that 2012 is the end of the olympics on NBC as they f* them up in 2010 come on USA vs Canada on MSNBC that VERY FEW systems had in HD at the time and then at the end they mirror to it main NBC channel in HD with out telling any one! And to think they… Read more »

Yes! Down with Syfy whom doesn’t make a single penny off of distribution on iTunes and Amazon because they don’t hold the licensing rights but somehow it’s still their fault! If you’re going to blame Syfy, at least do it for the right reason. I don’t much like them either for a lot of reasons but I can’t fault them for cancelling a show that was costing so much and making them nothing in return. Who knows, if Syfy had other distribution rights, maybe the show would have survived. For those of you who still don’t get it, Syfy only… Read more »

I bought the collectors box of SG-1 and all atlantis seasons. If that doesn’t show how much i love stargate then im clueless