Stargate‘s David Hewlett had us at “lemon chicken.” Ever since his irascible Rodney McKay first turned up in the SG-1 episode “48 Hours,” we knew we were going to love hating him. Who knew back then — nearly 10 years since the episode first aired — that we’d also see Rodney’s brave and loyal side on Stargate Atlantis and learn to love him, too.

But David is up to new and exciting things since Atlantis went off the air — including a turn in the director’s chair. One we’ve been waiting for is his “evil snow monkey” movie, shot on a mountaintop in Bulgaria in early 2010. Now it’s finally here: the Syfy Channel monster movie Rage of the Yeti airs this Saturday (November 12, 9/8c). 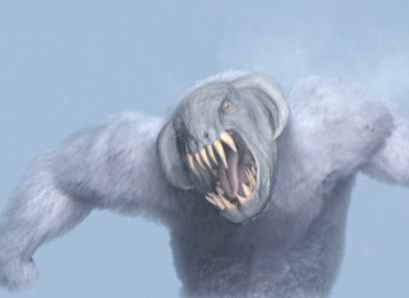 We caught up with David this week to talk about the movie and his experience in the Big Chair. He heaps praise on the film’s stars — David Chokachi, Matt Anderson, and Yancy Butler — and jokes about shooting a movie that revolves around creatures digitally added long after their work was done. We also prod David for his thoughts on the current state of science fiction, his former SGA co-stars, and what he thinks MGM’s best bet will be on resurrecting the Stargate franchise one day.

He also gives us the scoop on his current projects in development, including a sci-fi movie he hopes to write and direct (titled Debug), and brother-sister concepts he is pitching with sister Kate (“Jeannie Miller” on Atlantis).

GateWorld’s interview with David Hewlett is an audio exclusive, and runs just over 50 minutes. You can play it right here on the Web site and listen while you browse, or download it to your computer, iPod, or other mobile device!

Love this guy. He seems to be making himself much more available lately.

Good interview. Interesting to see where he is in his career. Kind of sad about the Stargate stuff, though. I wish he and some of the old crew would get together on a project or two. Much luck to him as a writer/director!

David Hewlett and David Blue both rock because you know they’re just as much fans of the stuff as we are. While I would hope for one last SG-1/Atlantis/SGU movie and maybe a combo movie to finish off the current iteration for the franchise and pave the way for either a reboot, continuation from the original movie, or a series set in a different time (but close to our own), it sadly probably won’t happen, but IMO for all the fan support and money that its helped to make MGM and SyFy over the years, these shows deserve that, even… Read more »

i’ll admit, hearing what david had to say about what he thinks might happen with the stargate franchise… that kind of bummed me out. see, i still have this hope that mgm will CARE about the fans of this loooong running franchise and make a combo movie for us! but more and more i’m reading actor comments to show that it prob isn’t going to happen.

Problem is Fans no longer have a spine..they will not boycott or seriously throw a fit..they mat send a few boxes of tissues, but they do not hit the companies where it hurts..boycotting their channel, or not watching their films..or Talking up a competitors better line ups…these guys only hear $$$$$ and advertisers go where the people are..