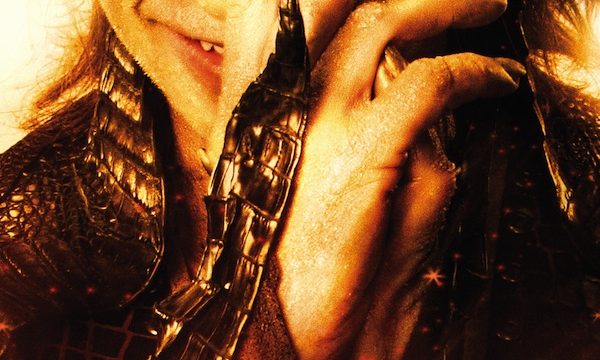 ABC’s new fantasy series Once Upon A Time is off for the holidays, but has turned in a strong premiere and another half-dozen episodes.  The series co-stars Robert Carlyle (SGU‘s Dr. Nicholas Rush) as Rumplestiltskin and the enigmatic Mr. Gold.

After debuting in October to 12.93 million viewers, the show has averaged 10.96 million over its first seven episodes.  The trend is downwards, however, with last week’s new episode attracting 8.92 million.

Once is first among entertainment programs on Sunday nights among women 18 to 34 and women 18 to 49, according to the network.  TVbytheNumbers.com currently has it listed as a “Likely Renewal” for ABC, noting that it’s gained 21 percent on what the network had in the same time slot a year ago.

The show will return January 8, 2012, with an episode focusing on Carlyle’s two characters — one in the fairy tale world, the other a powerful businessman in the real world town of Storybrooke, Maine.  In the episode titled “Desperate Souls,” “Regina engages in dirty politics with Mr. Gold while Rumpelstiltskin’s backstory is revealed along with his attempt to help his son avoid a war,” according to Zap2It’s TV guide.

Once Upon A Time has been picked up for a full, 22-episode first season, and airs Sunday nights at 8/7c on ABC in the United States.

This show is great.

I’m not hugely into this show but RC is most excellent as Rumple!

At the very beginning I loved the show,then a few eps later it started getting kinda too drawn out,the strong and great pace of it from the beginning had diminished.And then with the last couple episodes at the end of the first half of the season it’s picked up again and now I think it’s an awesome show with a a huge potential to become even much greater if the obvious easy cliches are avoided and lines(good/evil,real/fairy world) more blurred. One thing though has been a constant the entire time of the show’s run thus far and that’s an amazing… Read more »

I personally hate how formulaic the show is. There’s nothing radical about it. I kept watching it for Carlyle though, which I’m a big fan of. But even Carlyle’s great appearance on the show wasn’t able to keep me watching the show. I stopped watching 2-3 weeks ago. Too bored with it.

The show is okay, but Carlyle is most awesome, and truthfully I watch it for him.

I love this show. So sad it’s off until the 8th. more more more

I absolutely love the show, it is really good … makes me happy knowing specially with these days of series getting cancelled.

Carlyle had very little screen time so far. The show is not that great, for me at least.

PS: it seams that this days shows aren’t bad any more, they are formulaic.

I love this show and think that Robert Carlyle plays his role brilliantly! Quite a different character then his past Dr. rush, and still great!