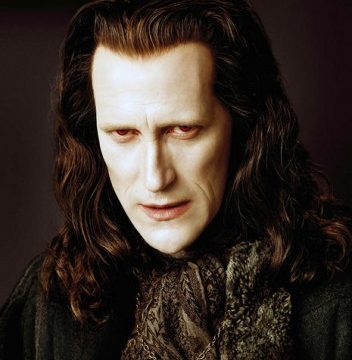 From the life-sucking Wraith to the Twilight movies, actor Christopher Heyerdahl has a knack for playing ancient vampires. Now he’ll continue that track record on HBO’s True Blood, which has just cast the former Stargate Atlantis actor for a recurring role its fifth season, according to Deadline.

Heyerdahl will play a vampire named Dieter Braun in the cable series, which stars Anna Paquin, Stephen Moyer, and Sam Trammell.  The character of Braun is described as “an ancient, powerful vampire who plays a large part in the intelligence of the Authority and especially enjoys enhanced interrogation.”

The actor played “Todd” the Wraith on Atlantis, a character introduced in the third season (“Common Ground”) who would return as the main recurring Wraith character in Seasons Four and Five. He also plays both John Druitt and Bigfoot on Sanctuary, and has a long list of genre credits that also includes recurring stints on Caprica and Supernatural.

Heyerdahl is currently starring in Hell on Wheels for AMC, which is heading into its second season, and reprises his Twilight role as Marcus (pictured above) in the upcoming sequel Breaking Dawn – Part 2.

Season Five of True Blood will air this summer on HBO.

Is this good news or bad news for Sanctuary Season 5?

My question also. Looks like they killed off Biggie but will Heyerdahl return once again as John Druitt? In any case, Christopher Heyerdahl has a vary active career and I wish him well.

Heyerdahl did an *amazing* job with that character since it was created, and it looked like Todd was headed for even greater depth/development if Season Six had gotten the chance.

Oh,man that is really fantastic news about an amazing actor and an amazing series!!

Oh and by the end of season 5,Todd had become not only Wraith,but the most interesting and also my favorite character on Atlantis.

SpaceGypsies » Blog Archive » The Gentleman is a Vamp!

[…] reported by Deadline and Gateworld.net, Chris has landed a part in HBO’s popular vampire series True […]

It’s been a while since I posted here but Druitt (I think) was not in Season 4 at all after Magnus told him she wouldn’t see him again after not killing Adam Worth the second time. I am curious about the Atlantis movie because I thought he was going to play a major role in it- continuing after the events of the Atlantis Finale. Flanigan and others have new jobs so I hope Atlantis movie happens but I don’t think it will.