“All members of SG-1 present and accounted for.” The Stargate Rewatch has powered through another month of great episodes, and we are ready to close the books on January by announcing the best of Stargate SG-1 Season Six!

Fans nominated their favorite episodes, character moments, villains, technology, and more, which were then put on a ballot and voted on by fans around the world. Here are your winners.

In the Best Episode category we had our closest race ever, with just ONE vote out of a thousand separating first and second place. (That’s what we call a statistical tie, really.) Amazing! Scroll down to find out which episode squeaked out the win. 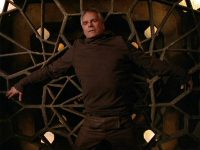 “Baal? As in … ‘Bocce?'” Captured and tortured by Baal, Jack maintains his cutting sense of humor while enduring knives and burning acid. 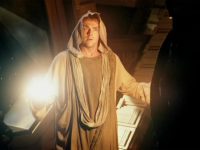 Strike Me Down. With Abydos and SG-1 under threat of Anubis, Daniel decides to defy the rules and fight back with his powers as an ascended being — only to be yanked away by the Ancients. 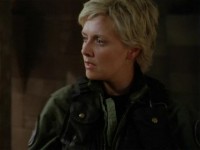 Missing In Action. Sam refuses to give up on a lost Colonel O’Neill, pressuring Dr. Lee for results and eventually breaking down in the base locker room. 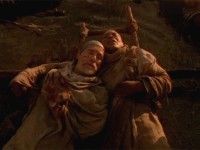 Transplant. Following a Goa’uld ambush Teal’c keeps himself and Bra’tac alive for three days by sharing his larval symbiote, hanging on the edge of death until rescue arrives. 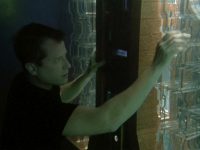 The Deep End. Jonas swims through the flooded sections of a Goa’uld ship to help the team escape its destruction, using the transport rings to beam himself out along with hundreds of gallons of water. 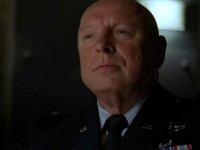 Full Disclosure. Hammond represents the S.G.C.’s position at a panel of officials from other nations, informing them about the existence of the Stargate program — and calling on Thor as an ace up his sleeve to stop Senator Kinsey. 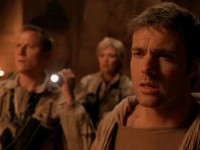 Scavenger Hunt. SG-1 and an ascended Daniel Jackson return to Abydos in hopes of finding the Eye of Ra and thwarting Anubis’s plans to create a weapon of mass destruction. 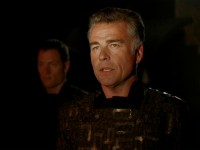 If you thought a ship full of nasty techno-bugs was a problem, look out: the Replicators have rapidly evolved to look like us. And they can reach into your brain … literally.

After his introduction in Season Five’s “Summit,” Baal came into his own when he captured and tortured Jack O’Neill, killing him and bringing him back to life over and over again. 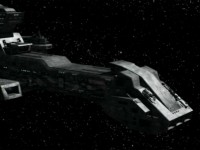 She might not have been much to look at, but Prometheus was Earth’s first big step into interstellar travel. The ship was hijacked and then used on a mission to save the Asgard before it was even finished and christened. 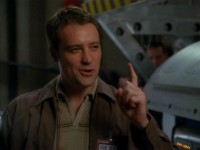 The future Atlantis star reprises his role in the Season Six opener, turning out to be a little more likeable when he helps save Earth from Anubis’s attack. David Hewlett also captures the Best Guest Star award two months in a row!

Jack is imprisoned with no hope of escape, tortured and killed by Baal again and again — only to be revived in a sarcophagus for another round. But as SG-1 fights for a way to find their leader, an old friend appears by Jack’s side to guide him through the worst ordeal of his life.

Join the Stargate Rewatch for Season Seven, all through February! We’re revisiting all 17 seasons of Stargate history from the beginning — one season each month, through the end of 2012. Stay tuned to find out how to nominate your favorite episodes and character moments for the February awards.

I was a bit apprehensive to the loss of Shanks and the addition Nemic, but I actually really wished we could have had more out of the Jonas role and his interactions with his homeworld. Would have been nice. This season was all over the place for me. Not quite as epic as 2-3 for me. Too many episodes on Earth for my liking. Really loved the episode with the human like replicators though. Needs more episodes like that which asks us a very philosophical Star Trek question at the end. It would have immortalized this series in the general… Read more »

All in all a pretty good season.
Season 7 disk 1 in my player now.

I agree. Too many episodes on earth this season, but all in all, it was ok.

Jonas could easily have his own Stargate show.