A lost city rises, and a new team travels through the Stargate to a distant galaxy on what may be humankind’s most important expedition ever. Now Stargate Atlantis fans have picked their favorite episodes, character moments, bad guys, tech, and more from the first season of the show!

In July we’re watching Atlantis Season Two as part of the Stargate Rewatch. If you don’t see your favorites represented … well, they can’t win if they aren’t nominated! Stay tuned for the kick-off post to find out how you can nominate your favorites for the Season Two Awards.

Here are your winners for Season One: 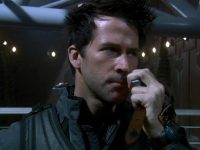 A Man Alone. Sheppard plays a deadly game of cat-and-mouse with Commander Kolya and his Genii strike force, picking off enemy invaders and giving the others a chance to retake Atlantis. 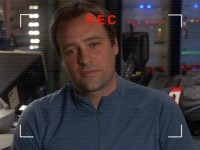 Regrets. Knowing he may not survive the impending siege, Rodney records a thoughtful goodbye to his sister Jeannie, regretful that they had not been closer.

From: “Letters From Pegasus” 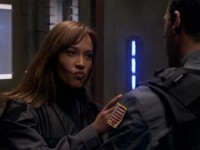 Her Own Woman. After Sergeant Bates accuses her of being a spy under Wraith control, Teyla gives him a much needed punch in the face. 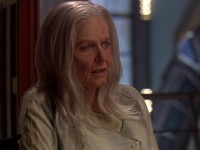 Change of Fate. After she is found in stasis in the city, a severely aged Weir tells her tale of going back in time, meeting Atlantis’s original inhabitants, and deciding to stay behind and give her life to save her future team.

From: “Before I Sleep” 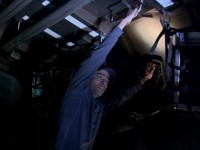 Forward Momentum. With their Puddle Jumper lodged in an open Stargate, Ford opens the rear hatch and exposes himself to the vacuum of space in order to save Sheppard from the iratus bug and get them home to Atlantis. 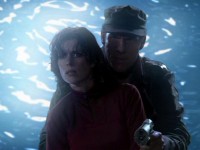 Home Front. Ford, Teyla, and Dr. Beckett arrive in an enemy-controlled Atlantis and help Sheppard, McKay, and Weir expel Kolya and the Genii from their home — and save the city itself from a super-storm. 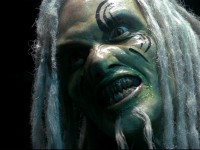 It’s no surprise that fans voted the show’s lead villains as the Best Alien Race. The Wraith were introduced as vicious, nameless creatures who suck the life energy out of their victims to sustain themselves, and who have spooky mind powers. They’re relentless, vast in numbers — and to boot, they’re hard as hell to kill. 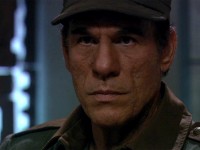 As if the Wraith weren’t enough of a problem, Atlantis quickly made an enemy of the Genii — who sent their most ruthless military commander to seize the city. In the process, Kolya made some very personal enemies in Major Sheppard and his team. 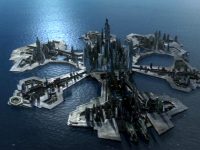 We almost disqualified Atlantis itself for this category, but it’s not just a city full of Ancient devices. Atlantis is one big city-ship, equipped with a stardrive enabling it to travel between worlds and even galaxies. Season One was all about discovering what mysteries lie around the next corner. 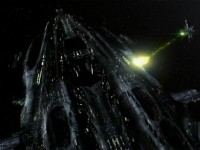 Ready to match the city of Atlantis blow-for-blow is the hive, home to countless drones and “Dart” fighter craft and ruled a powerful queen. The hive is a powerful force and, after the Wraith are woken up, most deadly when it and a bunch of its friends are laying siege over the long-haul. 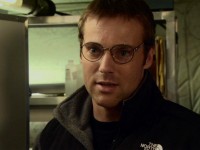 As Dr. Weir’s team discovers the secrets of the Ancient outpost in Antarctica, Daniel discovers the 8-symbol gate address that will take them to the Lost City itself. But it would be another two years before Daniel himself made it to Atlantis in “The Pegasus Project,” and four and a half years before Shanks’ return to the series in “First Contact.” 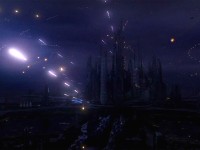 Since the moment the expedition woke up the dormant Wraith the clock has been counting down to this: an all-out siege of the Ancient city. Can a handful of humans from Earth with few supplies and even less knowledge of Atlantis’s systems keep the city from falling into enemy hands? It all came to an epic head in the Season One finale, which fans chose as the best episode of the year.

Next month we’re heading into Season Two of SGA for the Stargate Rewatch! Join us as we revisit all 17 seasons of Stargate history from the beginning — one season each month, through the end of 2012. Stay tuned to find out how to nominate your favorite episodes and character moments for the July awards.

[…] (which, I believe, they would have won handily).  Anyway, you can check out all the results here: Atlantis Season One Awards: Results! […]

Joe Malozzi gave Gateworld’s Atlantis Awards a mention in his blog today! If anyone is not following his blog, you’re missing some great insights into the filming of the different Stargate series.

SGA season 1 ….. the beginning of the most awsome scifi series ever made! :D

The “Before I Sleep” was good and I really enjoyed that “The Eye” I believe was the name of it.

Hi Darren, I came on here looking for that link you mentioned on YouTube the other day about contacting “GateWorld.”

One of my real pictures Darren, so now you know what I really look 👀 like.

BEST LINE DURING “THE EYE”
After arriving from the mainland, Ford, Teyla and Beckett start out to find Sheppard. Ford hands Beckett the life signs detector and the Dr. asks, “How can I tell which ‘dot’ is Sheppard? ”
And Ford answers, “He’ll be the dot getting rid of the other dots!”
Perfect!