We’ve reached the end of another month of the Stargate Rewatch, and it’s time to unveil your picks for the best of the best of Stargate Atlantis Season Three!

We’re progressing through the Rewatch at the pace of one season of Stargate every month, so stay tuned in September for the Season Four kick-off post to find out how you can nominate your favorites from that season.

Here are your winners for Season Three: 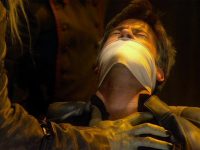 Enemy Hands. Sheppard is captured by Commander Kolya, who uses a Wraith to slowly drain the life out of him — until the two prisoners form an alliance and escape. 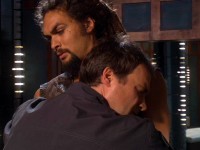 Release Your Burden. Facing death after being altered by an Ancient device, Rodney spends his final hours attempting to ascend — and showing his friends what they mean to him.

From: “Tao of Rodney” 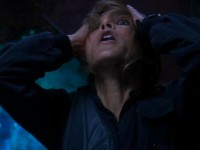 Double-Cross. Teyla uses her telepathic ability to trick a Wraith Queen into thinking she has control over Teyla, stopping her ship’s self-destruct and luring the Queen into a trap. 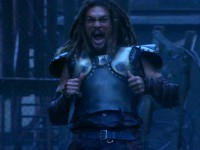 Mano-a-mano. Trapped on Sateda as a Runner again, Ronon challenges the Wraith commander orchestrating his hunt to come down off the hive and fight him personally. 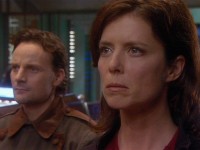 Missing Man. When Sheppard is captured and tortured by Kolya, Dr. Weir refuses to back down while negotiating his release. 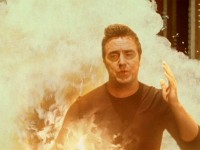 Sacrifice. Carson acts against orders to save a patient, putting his own life on the line to surgically remove an explosive tumor — and is killed in the line of duty when it detonates. 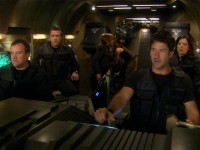 Back Home. Defying orders and reuniting in the Pegasus Galaxy, Sheppard and his team rescue Woolsey and General O’Neill from the Asuran Replicators and retake Atlantis. 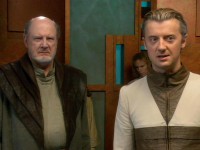 The Atlantis team discovered the Pegasus Galaxy’s most sprawling, advanced civilization and tried to make a new ally. But they soon learned that the Asurans are not descendents of the Ancients but their dangerous technological creations … Replicators! 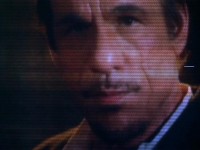 Now a rogue after Ladon Radim staged a coup and took command of the Genii, Kolya hatched a plan to get his hands on the traitor — kidnapping and torturing John Sheppard and demanding that Atlantis turn over Ladon to him. 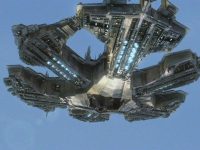 One of the most powerful pieces of Ancient tech sits under the city of Atlantis every day, unused because our team rarely had enough power to fire it up. The stardrive turns Atlantis herself into a ship, capable of leaving the planet’s surface in a pinch and heading out into space! 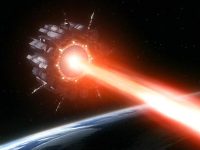 What would force Atlantis to flee to another planet? Not even the Wraith siege could breach the shield. But a cruel device from the Asurans assaulted the city using a focused energy weapon sent through a Stargate mounted on a ship. Once it traveled to Lantea orbit and dialed up, there was no stopping it. 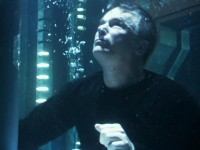 The General Jack O’Neill, former leader of SG-1, made three appearances in Season Three — but by far the greatest was his heroic turn here. With Atlantis under the control of Replicators, Jack tries to keep Woolsey safe and dives deep to help Sheppard’s team retake the city. 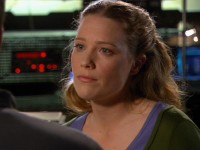 Playing the part of Meredith Rodney McKay’s sister Jeannie is David Hewlett’s own real-life sister! The team called on Jeannie to use her own genius alongside Rodney, bridging two universes to create a new power source and then saving the other universe from complete destruction.

From: “McKay and Mrs. Miller” 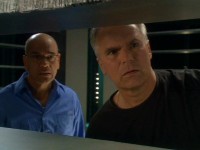 Atlantis is now under the control of the Replicators, with O’Neill and Woolsey on the run inside the city. Sheppard’s team steal a Puddle Jumper from Earth and reunite with Teyla and Ronon with a daring plan to infiltrate the city and stop the enemy!

Next month’s Stargate Rewatch is SGA Season Four! Join up now as we revisit all 17 seasons of Stargate history from the beginning — one season each month, through the end of 2012. Come back this week to find out how to nominate your favorite episodes and character moments for the September awards.

All great choices, although I think I would’ve picked First Strike as my favorite episode. It set the stage for Season 4, which I think is the best season of Stargate Atlantis. It was the first strike in a dramatic conflict with the Asurans which would eventually overtake the entire galaxy and culminate in a great space battle over Asuras.

While I liked The Return, it was so much SG1 that I wouldn’t give it the top spot. But it was VERY good.