All throughout this month we’ve watching SGU Season One as part of the Stargate Rewatch! You’ve voted on the best episode, best character moments, tech, guest stars, and more — and now it’s time to unveil the winners.

Stay tuned for December’s kick-off post to find out how you can nominate your favorites for the Stargate Universe Season Two Awards, the grand finale of the Stargate Rewatch. 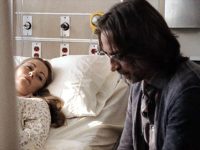 All Over Again. Desperate to unlock Destiny‘s systems, Rush sits in the control interface chair and in a lucid dream is forced to relive his wife’s slow death from cancer. 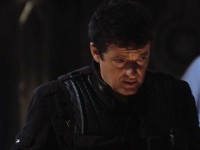 Never Surrender. When the Lucian Alliance invade Destiny, Young defiantly refuses to give in to their demands and plans to take back the ship. 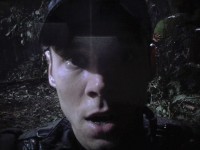 ‘You Are All Going To Die.’ Matt records a kino message telling Destiny‘s crew in another timeline how they can save themselves from a fatal illness, and a planet populated by deadly creatures. 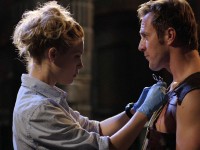 Hippocratic Oath. Exhausted and held captive by the Lucian Alliance, T.J. works to take care of the wounded — whether they are her enemies or her own people. 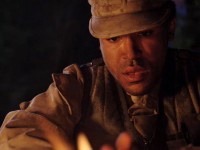 Solitudes. Left behind on a planet after Lt. Scott believed he was killed in a cave-in, Greer relives painful memories of his abusive father and the path that made him the man he is. 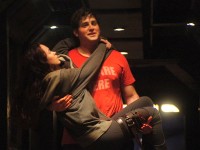 Carry On. Transported to another part of Destiny, Eli cares for an injured Chloe, carrying her back through the ship to try and reach help. 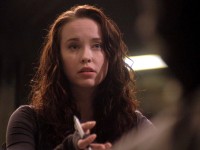 For the Defense. Chloe eloquently defends Colonel Young at a hearing to determine whether he was responsible for the murder of a crew member. 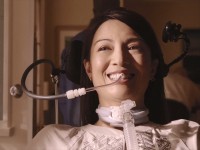 Homefront. With a chance to spend weeks at home, Camille volunteers to swap bodies with the quadriplegic Dr. Perry and bravely faces the challenges that it entails. 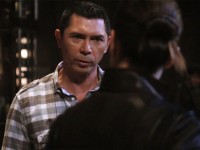 Double Agent. Free from the Alliance brainwashing and brought to Destiny, Telford works secretly within Kiva’s ranks to thwart her efforts to seize control of the ship. 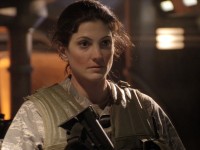 A strong and capable Air Force officer, 2nd Lt. Vanessa James is Lt. Scott’s trusted back-up (and once secret lover). Through Season One she struggles with Scott’s abrupt rejection of her for another woman, as well as her desire to prove herself to Colonel Young. 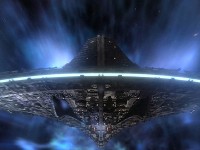 What better technology is there in the show’s first season than Destiny herself? The ship was launched eons ago by the Ancients, equipped with shields, weapons, a faster-than-light drive … and far more secrets than could be explored in a mere 40 episodes. 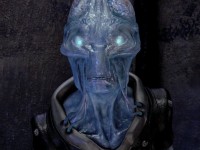 By far the show’s best antagonist in the first season was an advanced race of non-humanoid aliens, who have been tracking Destiny and will stop at nothing to gain access to the ship and its weapons. The aliens held Chloe and Rush captive, and may have left one of them irrevocably altered … 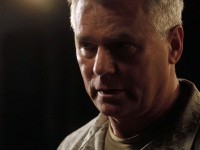 Now in charge of Homeworld Command, General O’Neill served as the team’s point of contact whenever they used the communication stones to contact Earth. And when Colonel Telford was found to be a spy for the Lucian Alliance, O’Neill visited Destiny (via the stones) and personally authorized a dangerous interrogation. 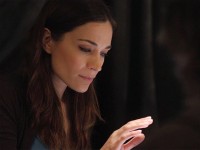 A personal friend from Nicholas Rush’s past, Dr. Perry is a brilliant scientist and an expert on alien propulsion systems. Her out-of-body visit to Destiny via the stones (to repair the F.T.L. drive) gave the quadriplegic woman a chance to experience the world like never before. 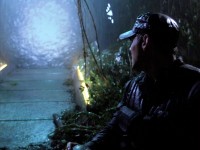 A classic sci-fi story with an SGU twist, “Time” found the new crew of Destiny discovering one of their own kinos with footage of a mission they haven’t been on — including their own gruesome deaths. Only a risky op and another attempt to reset the timeline can save them all.

Next month we wrap up the Stargate Rewatch with the final season of SGU Stargate Universe! Join us for the last days of our 17-month revisit of the whole of Stargate history.

Stay tuned to find out how to nominate your favorite episodes and character moments for the December awards.

I’m amazed by the results of this vote. So shocked that the best Eli moment was the one where he caries Chloe around the ship. I thought that was one of the lowest points for Eli. The fact that the moment where he figures out how to dial the 9th Chevron is not the winner by a landslide amazes me. I think that was one of the best moments of the ENTIRE series. The best Rush moment was from the episode Human. The entire episode was a soap opera. So over-dramatic and sappy. Also how Subversion didn’t win best episode… Read more »

jim, never lose the love of your life. You might get sappy

TW, that over dramatic and sappy stuff belongs on soap operas and shows like Gray’s Anatomy, soap operas and pretty much anything on the CW. It’s even fine in small amounts to help develop the characters but when a show is suppose to be sci-fi and it ends up being 90% over-dramatic it’s too much.