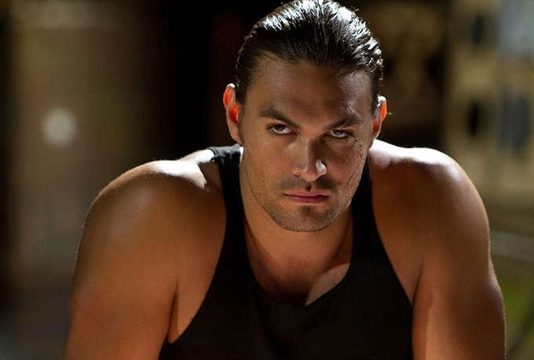 Stargate Atlantis‘s Jason Momoa will be back on the big screen later this year with Bullet to the Head, starring Sylvester Stallone — and he’s talking about the role in a new interview with PhilStar.com.

Jason plays the movie’s lead villain, a mercenary named Keegan, who is targeted by Stallone’s character after killing his young partner (story).

“Stallone is just a legend,” he said. “It was a dream to work with him and my fight scenes with Stallone, it was like you just stop and pinch yourself and say ‘I can’t believe I’m fighting Rocky right now!’ I watched Rocky when I was getting ready for Conan. It was fun and I got to play a ‘Don’ for the first time. I’m excited for people to see it.”

In the full interview the actor also talks about his roles in Game of Thrones and Conan. Read more at PhilStar.com.

Bullet to the Head opens February 1. Watch the new trailer below!

I always new Momoa was gonna be big. God we need Stargate back.

I don’t think I wanna see Ronan’s ass being kicked. If he’s the villain he’ll either die or be humiliated. :(

The thought of momoa getting his ass kicked doesn’t seem right !!!