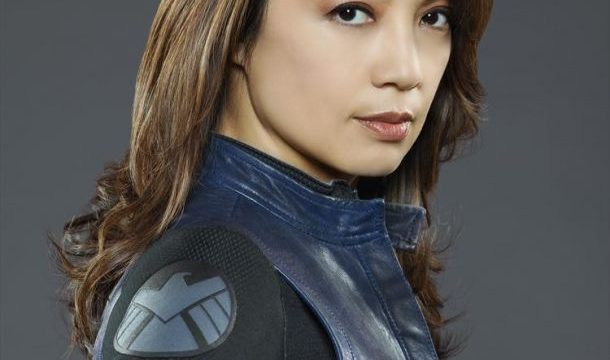 The cast of Marvel’s Agents of S.H.I.E.L.D. was in full force last week at San Diego Comic-Con, including a huge Hall H panel event. But they also got to talk about the upcoming series in a more intimate setting when they sat down at round-table chats in the small press room.

TV Equals has published videos from the S.H.I.E.L.D. interview session, including one with Stargate’s own Ming-Na Wen! For two years she played Camille Wray on Stargate Universe.

In Agents of S.H.I.E.L.D. Wen plays Agent Melinda May, a veteran of the Strategic Homeland Intervention, Enforcement and Logistics Division. May is a legend — not only a pilot but an investigator and a kick-ass hand-to-hand fighter.

The actress talks about her audition for the show, her previous action work in Street Fighter, and her kids’ response to seeing her on the show.

Fans at Comic-Con were treated to a screening of the pilot episode (directed by Joss Whedon). It was also revealed that actress Cobie Smulders appears in the first episode, reprising her Avengers role of Agent Maria Hill. Smulders is currently committed to shooting the final season of How I Met Your Mother, but she’s a big hopeful for joining S.H.I.E.L.D. on a full-time basis should it reach a second season.

Check out the full video with Ming-Na below, and head over to TV Equals for more from the rest of the S.H.I.E.L.D. cast and crew, including co-stars Clark Gregg, Brett Dalton, Chloe Bennet, Iain De Caestecker, and Elizabeth Henstridge.