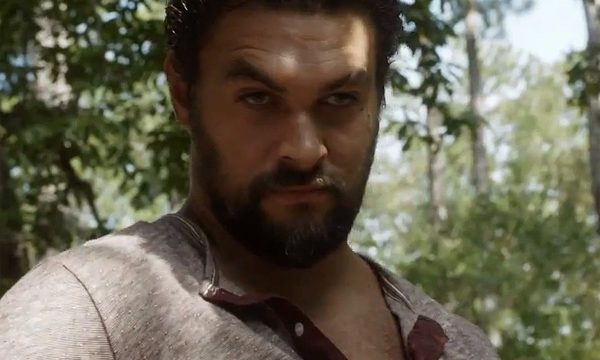 The cable channel has announced that the 6-episode series will bow on Thursday, February 27 at 9/8c. Check out the trailer below!

The Red Road is a gripping, dramatic thriller that presents two distinct visions of America today as played out through the conflict between two different men. The series revolves around a local sheriff (Henderson) struggling to keep his family together while simultaneously policing two clashing communities: the small town where he grew up just outside of New York City, and the neighboring mountains—home of a federally unrecognized Native American tribe. After a terrible tragedy and cover-up further divides these worlds, an uneasy alliance is forged between the officer and a dangerous member of the tribe (Momoa). As each of the two men find themselves increasingly compromised by the other and the emotional ghosts of their collective pasts begin to emerge, the lives of both quickly unravel, leading to terrible consequences.

The Red Road (formerly The Descendants) joins Sundance’s other recent original dramas, which include the critically acclaimed Rectify, Top of the Lake, and The Returned. Aaron Guzikowski wrote the series.

I may well be wrong, so do correct me if I am, but at the 15 second mark (just after the card saying “TWO WORLDS”) there’s a lady holding a loud hailer microphone (or maybe a walkie-talkie???)… Is this Lisa Bonet?
Lisa Bonet being Jason Momoa’s wife?
Looks like a family project :-)
(Though its not on her imbd.com list of credits)

Yep, that’s her! She on the cast list (above). (Though I don’t think the two are legally married.)