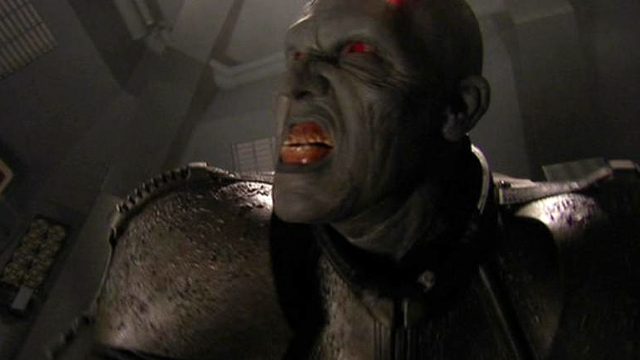 The team boards the Daedalus when it shows up abandoned in orbit, only to find themselves skipping through parallel universes.

“The Daedalus Variations” on GateWorld:

Rewatch “The Daedalus Variations” this week! Then post your comments below, or head over to the episode discussion forum and see what people were saying back in the day. What are your favorite moments?

This was one of my favorite episodes of SGA. I really wish we could’ve learned more about the aliens they encountered in one of their reality jumps.

Agree about the aliens. They were some hardy baddies, really could have given the Wraith a run for their money. Definitely looked like they were putting pressure on Atlantis at least.

Agree with the above posts. Wonder what they were called?

I disagree with all 3 of you in a way. I love this episode but I didn’t want to see those aliens again they were to much like the borg off startrek

I always thought it could’ve been a cool twist if in that reality, they were the Wraith. I mean, we already know in alternate realities Wraith biology can vary (Todd having psychic abilities in the Vegas reality), maybe they were just a more extreme variance. There was obviously no rhyme or reason to the types of realities they were visiting – hitting one where the sun has aged more and the planet is missing implies the points of divergence could’ve been millions of years ago. If the Wraith had evolved differently, as long as it still resulted in the Ancients… Read more »

Loved this episode. One of my favorites. Wish we had gotten to know more about the aliens. They were much more interesting than the evil Asgardians.