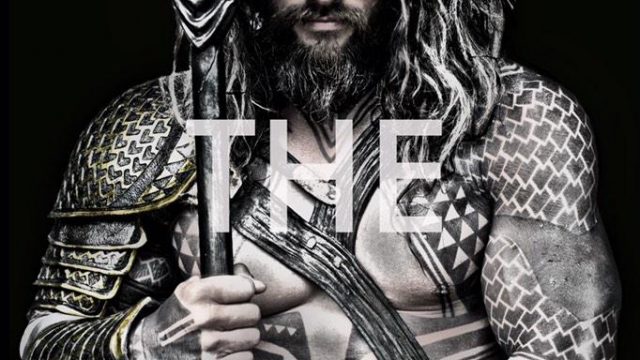 The poster bears the inscription “Unite The Seven,” which may have a double meaning. In comics lore Aquaman is the King of the Seven Seas. Perhaps more significantly for the DC film universe, though, the Justice League has seven founding members — in the upcoming films that cast looks to include Superman, Batman, Wonder Woman, Aquaman, Green Lantern, the Flash, and Cyborg.

It could be that similarly styled posters are in the making for other future Leaguers.

Momoa will make his debut as the DC Comics superhero in the upcoming Man of Steel sequel Batman v. Superman: Dawn of Justice, opening March 25, 2016. Then look for him in The Justice League in November 2017 before he headlines his own Aquaman stand-alone film (currently slated for July 2018).

Momoa’s role in next year’s film — headlined by Henry Cavill and Ben Affleck — may end up not being all that big, but it will at least be enough to establish the character on screen in anticipation of comic lore’s biggest superhero team-up down the road.