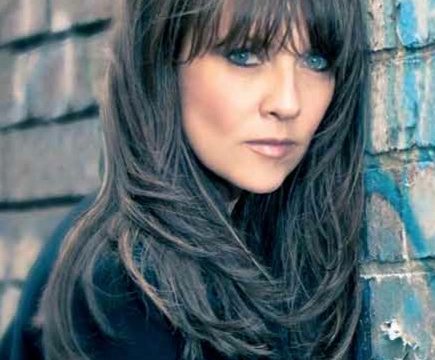 Former Stargate SG-1 and Stargate Atlantis co-star Amanda Tapping has been building quite a career in the world of directing since making her directorial debut all the way back in the seventh season of SG-1. (The episode was “Resurrection.”)

In recent years she has directed the likes of Continuum, Primeval: New World, and Dark Matter.

In a new interview with The Globe and Mail, Tapping talked about her work, about why British Columbia is so good at making science fiction and fantasy, and about the forthcoming Stargate reboot.

“Directing was always something I was interested in,” Tapping said. “Stargate was like a PhD in filmmaking — 10 years of sitting behind the monitors watching. The survival skill I learned was, basically, be a sponge. Learn as much as you can from as many people as you can and try to utilize that. I took Stargate as a great opportunity to sit and watch how television was made.

“I knew as a woman, an actress past a certain age there would be limited roles so I decided early on I was going to not be limited by that.” 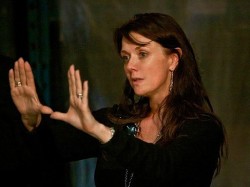 Tapping will soon travel to Budapest, where she will direct two episodes of the Canadian series X Company — which chronicles Canadian agents fighting the Nazis during World War II — for CBC.

As for the Stargate franchise’s return to the big screen? Tapping says she is interested, but not involved in the project.

“Dean Devlin and Roland Emmerich have taken the property back,” she said. “I don’t think they disliked the television series so much. But it wasn’t their vision. The rights had gone to MGM. Brad Wright and Jon Glassner got a hold of it and ran with it, successfully. I mean — 17 seasons of television.

“But I think Emmerich and Devlin are probably happy to have it back. Certainly no one has been calling any of the Stargate actors, saying, ‘Hey. I’ve got a part for you.’ It would be nice, but no.”

Check out the full interview with Amanda over at The Globe and Mail.

Nice hear it from Amanda but, OF course Roland and Dean want it back. The TV Series created a buzz for Stargate and they hope to use that following and craft it into there new movie reboot but ignoring those 17 seasons of quality television. Finish Stargate Universe and do more tie ins to Atlantis. Actors want it just need a network willing to make it happen.

Thanks for the article. I can’t see ignoring 17 seasons of a successful television franchise is a good idea. I have feeling they’ll need all the support they can get.

So thrilled for Amanda! As for the reboot…the child went back to the original parents! So give them a chance to raise their kid the way they had intended. It wasn’t like they put Stargate up for adoption, more like they left m.g.m. to babyset and then M.G.M. sold their kid to a different set of parents! it was a kidnappings! Glad Stargate has found its way home! – happy owner of the film and all 17 seasons, patiently awaiting the trilogy and the likely event of spinoff series in years to come.

emmerich and devlin could possibly destroy the stargate franchise. but hey, after *years* of jealousy and childish resentment, they get to play with it again. still don’t know what they can do with it that the 17 seasons and 2 movies didn’t already cover, but whatever… if amanda (or any of the other stargate actors) were to actually appear in the reboot, i’d only want them appearing as their characters, and from ‘our’ universe. maybe mgm will rethink this decision, take a look at the other reboots and realize that honoring what came before stands a hell of a better… Read more »

I don’t think the reboot itself is the big problem here. May be a fresh start is good. I remember I was skeptical at first about sg1, compared with the original film. And after I watched first episode I was impressed. My concern is about this reboot being made by Emmerich. His films are great action movies, with great action sequences and even greater effects. But a typical Emmerich film lacks a good script. Beside the base concept.

There is no chance at all of the new Stargate films being anywhere near as good as the TV shows, since Emmerich and Devlin are poor writers.

@majorsal, I to am a fan. Technically the 17 seasons after the movie were a reimagining. And the best concepts originated from the film. Which include: Daniel, O’Neil, the Stargate, and Ra…( although I admit to liking Ba’al equally to Ra…Give them a chance pal. it’s not like they can cancel sg1,SGA,and SGU.already gone:(…now Dear,Skittles…please attempt to taste the rainbow! Nobody wants to eat the same flavor over and over that is why the bag contains several flavors! The 17 years of Stargate we ALL enjoyed were all basically the same flavor…except the last one which was definitely lemon! If… Read more »

I’d be ok with a reboot if they at least acknowledged the TV series. There are so many ways you could break reality in the current universe and have it splinter off into a new direction.

If they cannot Reboot SGU from its unfinishted state I would request Amanda, as she is associated with ‘Dark Matter’ to at least take the Dark Matter ship at that part of the Galaxy to meet Destiny on its way and rescure Eli. :)

If it’s anything like the original movie just forget it. The first episode of SG-1 was far better.

Winter, yes, I’d prefer that over these movies. Emmerich and Devlin have never written a great film. Stargate is fun, but it pales compared to the SG-1 and Atlantis, which means the sequel films will as well. These two are simply poor writers. Independence Day. Godzilla. The Day After Tomorrow. 10,000 BC. 2012. All terrible–and all basically exactly the same film. Although their films make money because they’re blockbusters big on spectacle, their track record at writing GOOD films with strong characters and dialog is spectacularly awful.

I’m highly disappointed that they are still going ahead with this reboot crap :(

I guess it all depends on what they are thinking. If it’s a true reboot, then they should ignore everything before…however if they want to avoid alienate us, then don’t forget about 17.

First off, very pleased for Ms Tapping! Shrewd of her to plan ahead with her directorial career. She is not the only Sci Fi actress to do it, former Star Trek Voyager actress Roxann Dawson (B’Elanna Torres in the show)has also become a successful director too. Here in the UK its a similar problem that Equity is trying to address, to get fairer representation for actresses who are plus 35. Re the reboot, yes Devlin and Emmerich are crap writers. But blockbusters are not about good writing, they are about pop corn munching / backsides on seats, watch and forget… Read more »

I find it funny that someone from the show isn’t overreacting like some of the people every time something is posted with anything about the film Roland & Dean want to do. She understands it’s business and it’s the original intellectual property both guys created that they want to do again with what they originally wanted. I could @-back at what was said by others but that would be a lot to post so I won’t do that.

devlin and emmrich could learn a thing or two if they took the time to read this fanficition.

That fan fiction was poorly written and very amateurish.

I love watching the TV Shows.Own them all.

@winter There’s a flaw in your logic in reference to the child going back to it’s parents. The product, Stargate, is no longer an infant that needs to be raised in the image of these two, it already has a personality. Ever tried taking in a 17 year old orphan? Improving on what the world knows of Stargate, and moving in a direction that takes into account all of the character stories is the clear choice. Introduce new characters that interact with known ones sounds much more appealing than scraping 17 years of television along with the movies. Atlantis is… Read more »