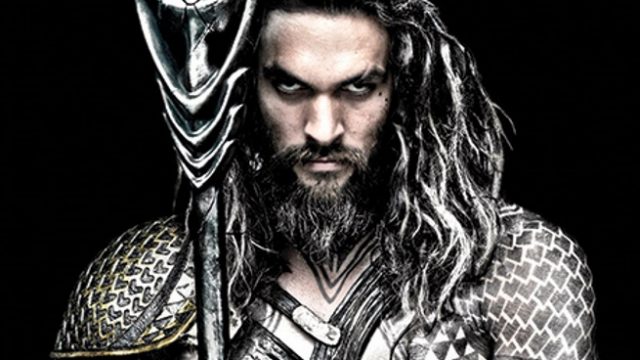 With DC’s Batman v. Superman: Dawn of Justice only weeks away, former Stargate Atlantis co-star Jason Momoa is on the ground in England to get ready for the next installment in the DC cinematic universe.

Momoa (“Ronon Dex”) will appear in several feature films as DC’s new Aquaman, a.k.a. Arthur Curry — starting with a brief appearance in next month’s Batman v. Superman. (That film hits theaters in the U.S. on March 25.) He’ll then have a much bigger role in the two Justice League films, the first of which is set for 2017.

After that Momoa moves on to headline an Aquaman solo film (2018). Variety reports that Amber Heard (Magic Mike XXL, The Playboy Club) is in talks for the role of Arthur’s (eventual) Atlantean wife, Mera.

Filming begins April 11, with shooting taking place at England’s Leavesden studios, at Warner Bros. Studios, and at various locations around London and in Iceland. With Justice League: Part One now in pre-production, director Zack Snyder yesterday posted a behind-the-scenes photo with him and Momoa standing in the costume shop. (Look for the new Flash costume in the background!) 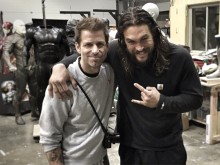 Momoa was also recently featured in DC’s broadcast network special DC Films Presents: The Dawn of the Justice League, hosted by perpetual fanboy and film director Kevin Smith and DC Entertainment’s Geoff Johns. The January 19 special took a brief look at the members of the Justice League and their forthcoming adaptation to the big screen, including Momoa’s Aquaman. Watch the clip below.