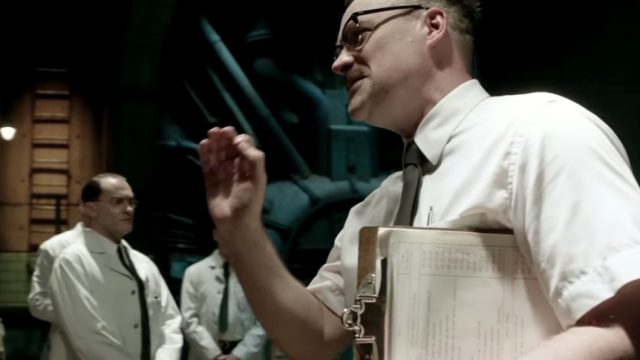 The trailer is out for filmmaker Guillermo del Toro’s upcoming fantasy feature The Shape of Water, and there’s a familiar face working in the lab!

Stargate Atlantis co-star David Hewlett (“Rodney McKay”) appears in the film, evidently playing a scientist in the film about a mute girl working in a government facility in 1963, whose life is changed forever when she discovers a classified experiment.

Take a look below, and watch for David at around the 0:50 mark.