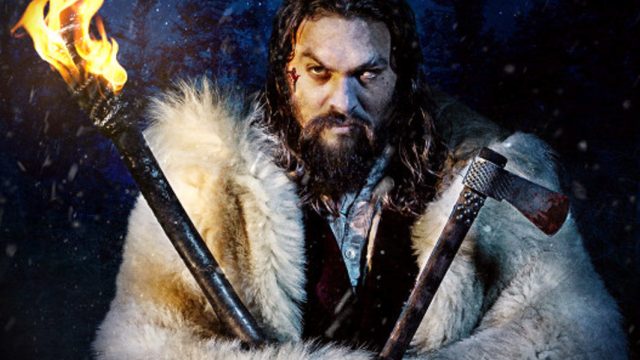 The Netflix / Discovery Canada drama series Frontier is headed back for its second season next month! This week the Canadian cable channel revealed the trailer — and announced a pick up for Season Three. Check out the trailer below.

Season Two of the show will premiere Wednesday, October 18 (10 pm Eastern) on Discovery in Canada. There’s no word in its worldwide Netflix debut, but late 2017 (or early 2018) is likely for the 6-episode season.

Momoa plays Declan Harp, a part-Irish, part-Cree outlaw who is campaigning to breach the Hudson’s Bay Company’s monopoly on the 18th-century fur trade in Canada. From the network:

Exploring stories that seem worlds apart, the frontier expands during Season 2 with spectacular new views of the Northern wilderness, and new players entering the ruthless game in the quest for power and wealth – pushing everyone to either embrace unknown alliances or arm themselves against them.

… Fort James is left in chaos after Michael Smyth (Liboiron), Sokanon (Matten), and Grace Emberly (Boyle) detonated the munitions magazine, and Declan Harp (Momoa) slips through the hangman’s noose. With Harp gone, the Black Wolf Company is fractured and scattered to the wind. No one knows if Harp survived, but Lord Benton (Armstrong) isn’t taking chances, offering a dead-or-alive bounty for Harp that also threatens his allies, as killers come to the frontier in search of the reward. 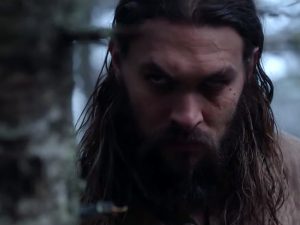 Ahead of the premiere also comes word that Discovery Canada and Netflix have renewed the show for a 6-episode third season. It will begin filming this winter.

Season One of Frontier is streaming now on Netflix worldwide, and on the Discovery GO app in Canada.

Momoa can next be seen on the big screen, when Justice League opens in U.S. theaters on November 17 (worldwide that same week).