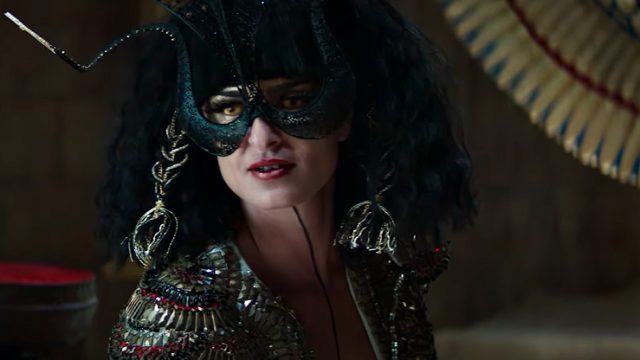 Hopefully by now you’ve had a chance to watch the first three episodes of Stargate Origins, the new short-form Web series that tells the story of young Catherine Langford.

Ready for a sneak peek at what’s still to come?

Stargate Command has dropped a 40-second teaser for the rest of the story that lies ahead. It includes lots of action as well as closer looks at what the alien characters — including the Goa’uld Aset (Salome Azizi, right).

Head over to Stargate Command now to watch the first three installments for free. Then sign up for Episode 4, which arrives February 22 on the streaming service!