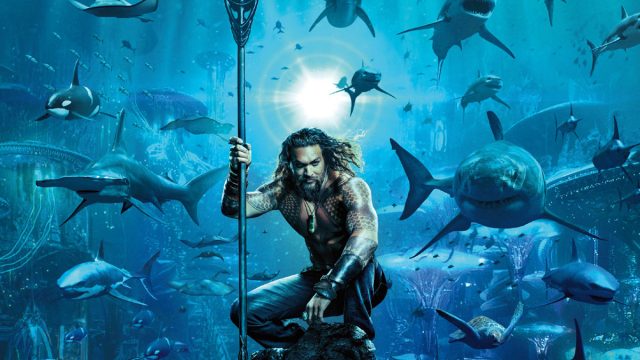 Jason Momoa’s underwater comic book epic Aquaman is now just a few months away, with director James Wan and his team hard at work in the editing bay. Wan confirmed in a series of tweets today that Aquaman will indeed have a presence at San Diego Comic-Con later this week — where the film’s first trailer will make its debut.

Warner Bros. also put out the movie’s shark-infested teaser poster. Click on the image to enlarge!

Aquaman arrives in theaters on December 21.