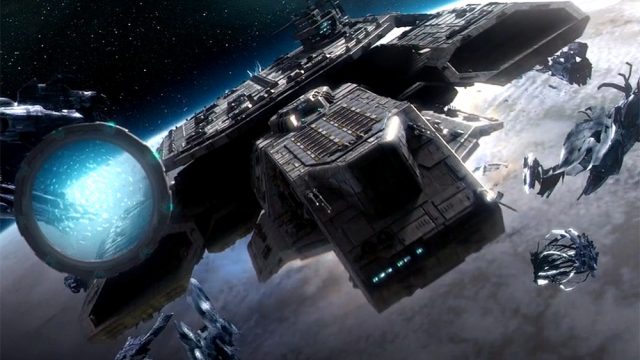 After five seasons of adventures through the Stargate, the writers of Stargate SG-1 decided to mix things up! In Season Six of Stargate SG-1 they introduced the first in what would be a long line of human-built ships capable of interstellar travel.

In this video we’re running down all seven of Earth’s interstellar ships, from the original X-303 (codenamed: Prometheus) to the Daedalus-class deep space carriers. Take a look below.

Be sure to subscribe to GateWorld on YouTube to get all the latest videos! We’ll be posting news, Omnipedia-style debriefs, behind-the-scenes intel, Top 5 lists, recaps of favorite episodes, and lots more in the weeks to come. We’ll also be posting video versions of GateWorld’s full coverage of next week’s Stargate panel at San Diego Comic-Con.

We’d love to hear what you think of the video, and any suggestions for what you’d like to see on our YouTube channel.

YES, I did make a mistake and call Sam a Lt. Colonel! What sharp ears you have. ;) She was in fact promoted to full-bird Colonel prior to taking command of Atlantis.

A very nice video and overview of SG battle cruisers. One could add an in my opinion important detail about Odyssey – in the last ever SG1 episode “Unending” this ship was equipped with Asgard core and all the latest technology from them, thus becoming the legacy of the Asgard race.