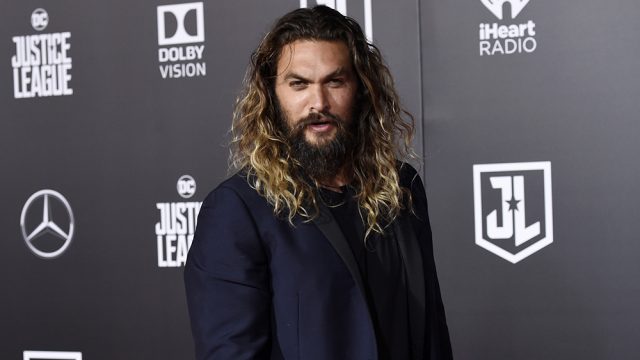 Momoa at the premiere of "Justice League"

The event comes a couple of weeks before the December 21 theatrical premiere of Aquaman, which sees Momoa headline his own tent pole superhero flick. Tickets for Aquaman are now on sale (and are reportedly off to a very strong start).

Though Momoa is a boisterous cut-up when the cameras aren’t rolling, his characters — from Ronon Dex to Game of Thrones‘ Khal Drogo, from Frontier‘s Declan Harp to Justice League‘s Arthur Curry — are notoriously serious and deadpan on screen. It’ll be amazing to see the actor try his hand at sketch comedy. (Any predictions for the sorts of sketches he will do? Will Jason parody any of his famous characters?)

SNL airs at 11:35 p.m. Eastern and Pacific on NBC. Set your DVR for what promises to be an entertaining show.