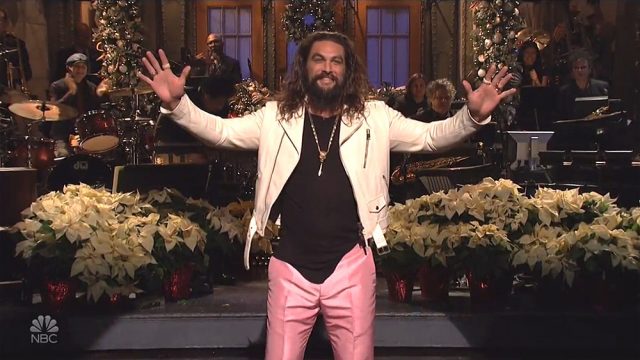 We now live in an age where a Stargate cast member has hosted Saturday Night Live. Jason Momoa’s December 8 hosting gig on the veteran sketch comedy show brought out a whole new side of the action hero, who for four years played Specialist Ronon Dex on Stargate Atlantis.

While there were no Stargate (or even Aquaman) sketches on offer, Momoa did resurrect (sort of) his deceased Game of Thrones character Khal Drogo — co-hosting the TV show Khal Drogo’s Ghost Dojo.

Overnight ratings for the show are up from last week, averaging a 4.3 Live + Same Day household rating (up from a 4.1 for the Claire Foy-hosted episode).

Check out Jason’s monologue and seven other stand-out sketches below, courtesy of SNL and NBC. (Sorry — the videos are likely geo-locked to U.S. viewers.)

And here are Jason’s SNL title cards, used at the start of each act (and now to live in Stargate infamy): 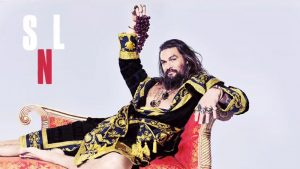 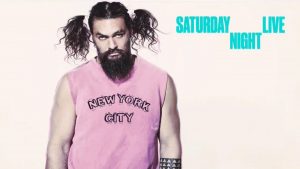 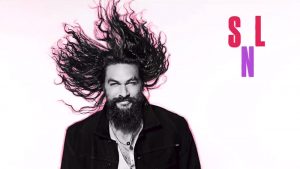 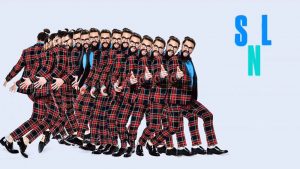 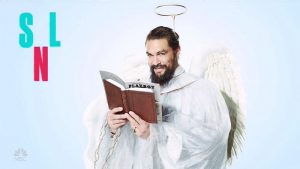 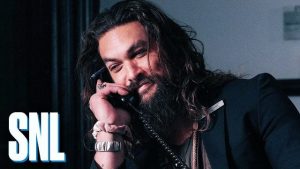 Did you watch Jason’s episode? What was your favorite sketch?