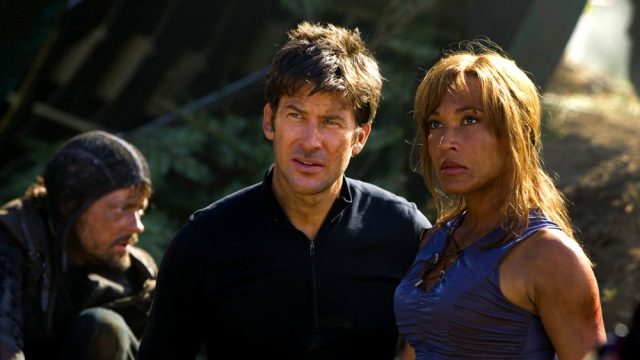 UPDATE (July 31) – Well, that didn’t last long. Less than two weeks after adding Stargate Atlantis to Prime, it is no longer available. Watch GateWorld’s Where To Watch page for updates.

Whether it’s your first time discovering Stargate or your hundredth rewatch, fans who are accustomed to watching the TV franchise on Amazon Prime are getting some good news.

All five seasons of Stargate Atlantis have returned to the streaming platform in the U.S. this week, after departing at the end of March.

For U.S. customers who don’t have Prime, Amazon offers a 30-day free trial.

Atlantis is also still on Hulu, after a recent scare displayed an expiration notice to many users. (That turned out to be an error on Hulu’s part.)

Meanwhile the 1994 Stargate feature film is also back on streaming in the U.S. The film from Roland Emmerich and Dean Devlin is on the list to be added to Hulu starting August 1. 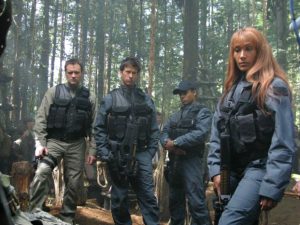 Outside the United States, check your favorite streaming services for current availability.

With the three Stargate TV series and three movies playing musical chairs around the various streaming services, is there any way to keep up on where to watch your favorite shows? GateWorld has a page for that.

Bookmark our “Where To Watch” page, which we update whenever we are alerted to a listing change!

Stargate fans with an extra $20 per year to spend can also subscribe to the All Access Pass at Stargate Command, MGM’s official platform for the franchise. All live-action shows and films are always available to stream there.

Now somebody dial the gate! The Pegasus Galaxy needs our help.

This news has opened a wormhole to my heart

You have no idea how spoilt you are with all the stargate everywhere, and how annoying it is to see people whine when Hulu/Amazon threatens to take it away.

Stargate is literally nowhere. Not available for streaming and not on any TV-channel. Hasn’t been since SGU went off the air, and Syfy disappeared as a channel more than a decade ago.

It’s either illegal streaming, illegal downloading or DVD’s.
Origins may or may not be still available for digital download on iTunes/Google Play/Microsoft (not a clue — not interested in owning it digitally, only on DVD).

Sorry you can’t access our star gate shows, Id be furious Wish I could help.

that´s weird, here in Czech republic, they air Stargate SG 1 constantly. When it ends with 10th season, they start airing it from season one once again… they´ve been doing it for years without break and that goes for Stargate Atlantis but on another TV channel, so here Stargate is very much alive…

Vpn. IPTV (not sure about this one). Buy digital or bluray.

Last week been watching all of Atlantis on Amazon Prime in Australia, where it’s been there for awhile. Has sg1 and Universe too.

Glad I downloaded the entire series over the years…so when these so called streaming services started playing games with good Scifi shows I wouldn’t have to deal with none of that. I also did SG1, all the Star trek series, and BSG! They are not making good series like this anymore and we can’t afford to caught up in these new shows that are more concerned about the gender of people in the show instead of the actual stories…

It appears Amazon removed SGA again from prime. Was watching in July … now back to pay in August.

Same. Was watchjng on Prime the last few days, its been a few years since I have seen it and now it is pay to watch.

SGA and SGU are back on Amazon Prime. I wish they’d make up their mind …

I was literally in the middle of watching it and they removed it. I’m straight up annoyed and going to delete my prime sub.