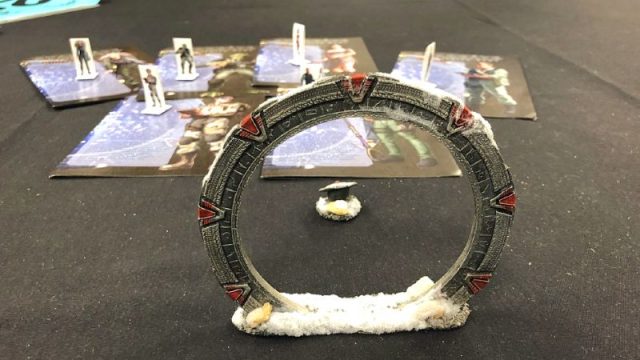 The upcoming Stargate Roleplaying Game has reached the next stage of development, and producer Wyvern Gaming wants your help.

With the first draft of the rules completed for the tabletop game, the publisher has put out a call for fans to join a private playtesting group. If approved, players will get access to the game in progress and be asked to provide Wyvern with constructive feedback as they complete development.

Sign up for the private playtest group now at StargateTheRPG.com.

The Stargate Roleplaying Game made its working debut at Gen Con in August, with tabletop fans able to experience the work-in-progress title first-hand.

Since the game was announced in June Wyvern has staffed up with writers, including John Kennedy and Steffie de Vaan. Today they also asked for experienced roleplaying adventure writers who want to participate in writing missions for the game.

The Stargate Roleplaying Game is aiming for a public release in mid-2020. Stick with GateWorld for the latest news!

#Stargate RPG play testing at Gen Con! Everyone had an awesome time. Can’t wait for everyone else to see it. pic.twitter.com/cj981MTD49

Great idea! SG by its nature opens up a universe (or multiverse!) of role-playing opportunities. Some GMs might find that too free and open, but others will grab the opportunity to explore all kinds of eras and scenarios using one rule system and enduring characters.