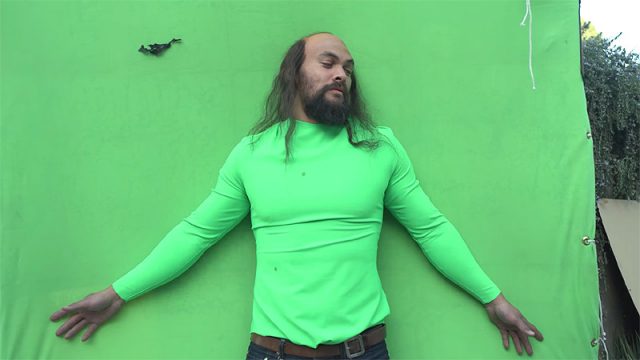 As Stargate Atlantis‘s Ronon Dex, Game of Thrones‘ Khal Drogo, and the DC cinematic universe’s Aquaman, actor Jason Momoa is known for his heart, his intensity — and his physique.

Now in a new ad for Rocket Mortgage by Quicken Loans, Momoa cuts loose with his skinny self. The spot was directed by David Shane, and premiered during Super Bowl LIV on FOX in the United States.

Also appearing in the ad was Momoa’s wife Lisa Bonet. Take a look below!

For a sneak peek behind the scenes, the company also released a 4-minute video. It gives viewers a look at filming, and how the special effects were achieved: