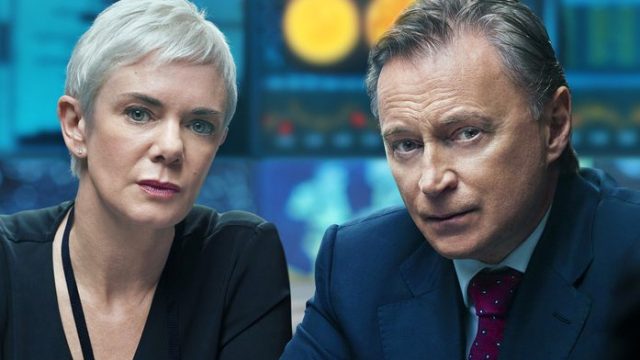 Robert Carlyle’s Prime Minister Sutherland must deal with the national crisis of a solar storm that leaves Britain in the dark in the new political drama Cobra. The show has gotten off to a great start in the United Kingdom, where today broadcaster Sky handed out a second season order for the series, RadioTimes reports.

“I’m absolutely delighted by the audience reaction and success of Cobra,” Carlyle said. “I look forward to season two and welcome the chance to play the PM Robert Sutherland once again.”

Carlyle is known to Stargate fans as Dr. Nicholas Rush on Stargate Universe. 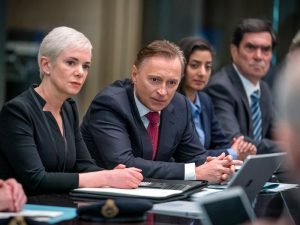 Cobra premiered last month as one of the U.K. network’s most successful drama premieres in recent years, according to RadioTimes. The launch draw 2.2 million people over all platforms.

The new season “will follow the aftermath of both solar and political storms, which sees Prime Minister Robert Sutherland (Carlyle) attempt to steer the country on a more even course …

He is assisted, as ever, by his loyal Chief-of-Staff Anna Marshall (Victoria Hamilton), alongside a team of dedicated advisers. An assassination on British soil, however, unleashes a chain of events that threatens to develop into a crisis even more serious than the one from which the country has recently emerged. An apparently invisible global enemy, not playing by the rules and operating outside national boundaries, appears to be bent on our destruction and nobody really knows who is friend and who is foe.

Cobra‘s first season is currently airing on Sky One, with all episodes available for streaming on NOW TV. There’s been no word on a U.S. broadcaster picking up the show, but we’ll report it if it happens!