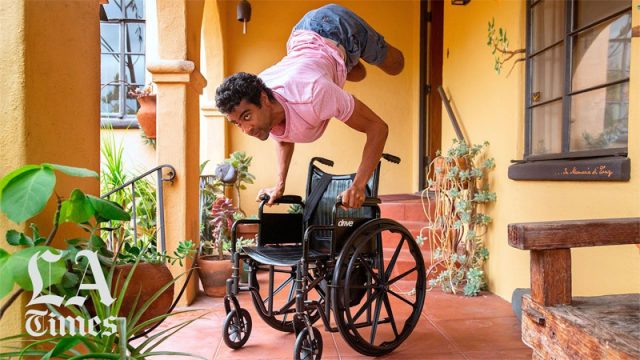 Stargate fans first met actor Obi Ndefo in the classic Stargate SG-1 episode “The Serpent’s Venom.” His character, the Jaffa Rak’nor, lured Teal’c into a trap and handed him over to be tortured by the Goa’uld — only to have a change of heart and free him.

Today Obi Ndefo is working hard to recover from a life-changing hit-and-run crash that cost him both of his legs.

The Los Angeles Times has kept up with Obi on his road to building a new future. Watch the video below. 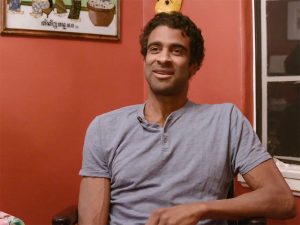 “What is the best way to look at what happened?” he said. “Is it a loss? Is it a tragedy? I started to realize day by day, ‘Who says that this isn’t an opportunity? What constitutes something good or something bad is a little bit in our mind.”

He’s recently been fitted for a pair of prosthetic legs, painstakingly fitted to his body. Now the challenge for the 47-year-old yoga instructor is to learn to stand, to walk, and to move forward with his life. He is looking to return to acting soon, and continues to shop his passion project, the satirical TV series Juice Bar, which Ndefo wrote with friends.

The driver who hit Ndefo has been charged with three felony counts (driving under the influence of an alcoholic beverage causing injury, driving with a .08% blood alcohol content causing injury, and a hit-and-run resulting in injury to another person) and one misdemeanor — driving on a suspended license following a 2016 DUI conviction.

The 25-year-old struck Ndefo with his vehicle in August of 2019, and fled the scene. He faces up to seven years and two months in prison on the charges. 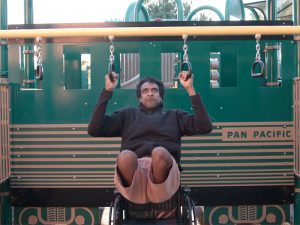 But Obi continues to face the future with courage and optimism. “This is just so horrendous what happened to me,” he told the Times‘ Nita Lelyveld. “Why would I compound this by feeling bad about it?”

“I found that, through this accident — and I think anyone can attest to this who’s been through a near-death experience — that it essentializes you, so that your purpose becomes crystal clear,” he said. “I don’t have time for negativity. There are people counting on me, and I feel like I can really benefit the world from continuing to carry out my message and my art and my art form.”

Obi Ndefo’s GoFundMe page, organized by his family, so far has raised more than $230,000 to help with his medical bills, new prosthetic legs, and making his home wheelchair accessible. Visit now to donate and for more updates on Obi’s rehabilitation.

Loved Rak’nor as a supporting character on stargate, and its horrible what happened to Obi. His recovery and message to others is truly inspirational. A real hero.

Loved his character in Stargate. I was sad to hear what happened to him but seeing him be positive about it is very heartening. I wish him the best.