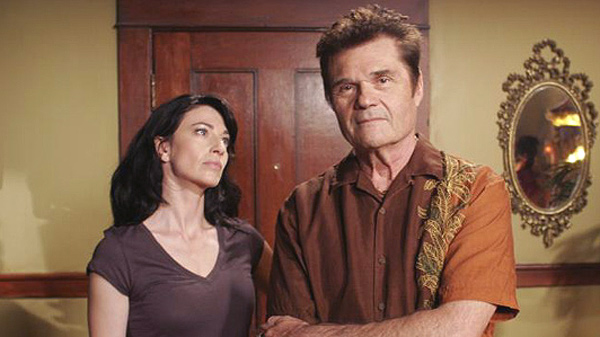 Comedian Fred Willard was just one of many amazing guest stars on SG-1. From "Family Ties"

Today Variety reports that Willard has passed away, at the age of 86.

A prolific actor of television and film, Willard’s career spanned more than five decades and included the likes of Best in Show, A Mighty Wind, and other mockumentary films from Christopher Guest, as well as guest spots on Family Matters, Roseanne, Austin Powers, Mad About You, Anchorman, WALL-E, Everybody Loves Raymond, and Modern Family. Recurring roles on those last two earned him Emmy nominations. Willard also did a lot of voiceover work for animation. Looking through his IMDb filmography, it’s tough to find a top-tier comedy from the past four decades on which he didn’t make an appearance. 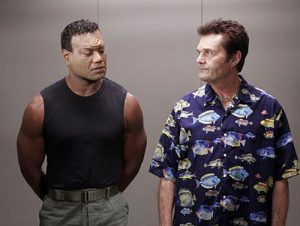 Willard’s brand of comedy made him perfect for dimwitted roles, like the announcer who says just the wrong thing because he is trying too hard. Willard told the New York Times in 2008, “I like to play the guy that has no self-awareness, kind of the likable buffoon who will stick his foot in his mouth and say the wrong thing.”

Though the actor never did much science fiction or fantasy, he did appear in Stargate SG-1‘s tenth season alongside Claudia Black in the episode “Family Ties.” Joseph Mallozzi and Paul Mullie wrote the episode, which was directed by Peter DeLuise. Mallozzi later reflected on Willard’s casting, in a post at his blog.

“We usually write the script first and then cast the role,” he said. “In rare instances, we may hear an actor might be interested in the role, in which case we will write the part with him (or her) in mind. This was the case when Fred Willard played Vala’s father in ‘Family Ties.'” 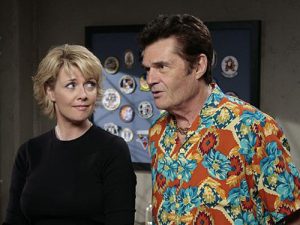 Of course the episode leaned into Willard’s comedic strengths. This is the episode that ends with Teal’c accidentally finding himself in the audience at The Vagina Monologues. The cast and crew had also just recently found out that SG-1 had been cancelled, and it is Willard’s Jacek to delivers a not-so-subtle jab at the network:

That’s too bad! Because after all your Stargate program has accomplished for this network … of planets, I would think the decision-makers would show it the respect it deserves.

Fred Willard isn’t done entertaining us just yet, however. His next big role is playing Steve Carell’s dad in the new comedy Space Force, premiering May 29 on Netflix.

He is survived by his wife, Mary, and a daughter and grandson. His daughter Hope issued a statement saying, “My father passed away very peacefully last night at the fantastic age of 86 years old. He kept moving, working and making us happy until the very end. We loved him so very much! We will miss him forever.”