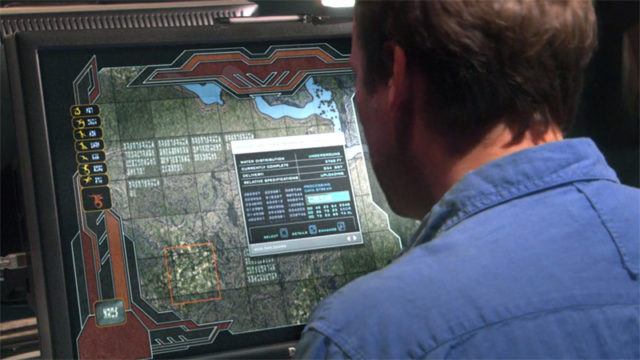 The Stargate Roleplaying Game is coming to San Diego Comic-Con — coronavirus be damned. And who better to help preview the game for fans than the Stargate family’s designated nerd, actor David Hewlett (“Rodney McKay”)!

Hewlett’s session was recorded last week and will be live-streamed on Discord and Wyvern’s YouTube channel on Saturday morning, July 25 (10 a.m. to 12 p.m. Pacific time).

Fans can chat live about the game on Discord as it streams.

To get ready for the weekend sign up now and join the [email protected] Discord server. There the #stargate channel will serve as a rally point for events and conversation around the RPG’s public debut.

Here is the program for this weekend’s Stargate events:

Interviews with Brad Ellis & Wes Walker
Time: 10 a.m. PT    (1 hour)
Wyvern Gaming’s Brad and Wes talk about why they wanted to make a Stargate game, why they went with the D&D 5th edition rules, and the long road to publishing this labor of love.

AMA with Wyvern Gaming Crew & Players
Time: 12 p.m. PT    (3 hours – Live)
The crew will be hanging out on Discord, talking about everything they love about Stargate, SG-1, and D&D.

Stargate SG-1 RPG 5e Game #1
Time: 3 p.m. PT    (3 hours)
A table of some of the most dedicated Stargate fans from around the world assemble to play the Stargate RPG for you! Tune in for brand new characters, amazing Stargate universe world building, and live chat during the (pre-recorded) game stream.

The tabletop RPG’s core rulebook will be published next year.

Interviews with Wyvern Gaming
Time: 10 a.m. PT    (1 hour)
Brad, Wes, and lead game designer Mack Martin sit down for an in-depth, behind-the-scenes look at the building of a D&D 5e game from scratch, the necessary research to get it right for Stargate fans, and how the game is the culmination of a lifelong love of all things Stargate.

AMA with Wyvern Gaming
Time: 12 p.m. PT    (3 hours – Live)
Following the interview stream Brad, Wes, and Mack will be on Discord to chat live about the game with fans.

Stargate SG-1 RPG 5e Game #2
Time: 3 p.m. PT    (3 hours)
After the live AMA, join another table of gamers as they play through an episode of the Stargate RPG for you. 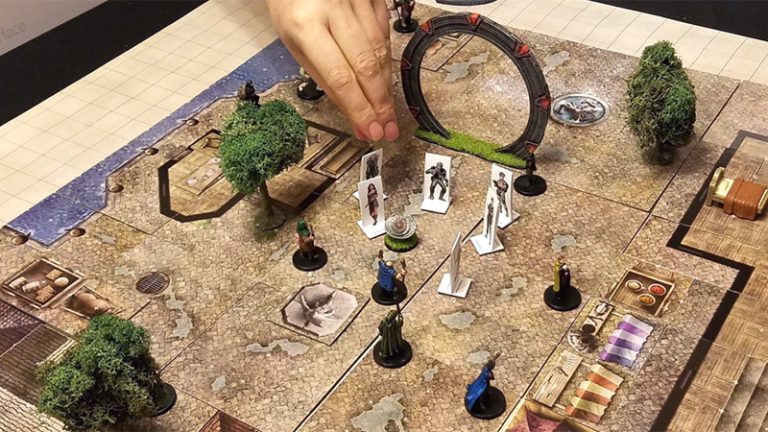 Interviews with the Stargate RPG Writers
Time: 10 a.m. PT    (1 hour est.)
Of course the writers recruited for the Stargate Roleplaying Game are big Stargate fans themselves! Join Wyvern for a chat with two of the game’s lead writers, John Kennedy and Steffie de Vaan, who will talk about their own journey with Stargate and how it influences their writing.

Interviews with Stargate RPG GateMasters
Time: 11 a.m. PT (Est.)    (1 hour – Live)
Join Wyvern to talk with some of their volunteer GateMasters and game testers! They’ll talk about their own Stargate fandom journeys, and the joy they have being part of this new chapter.

AMA with Wyvern Gaming
Time: 1 p.m. PT    (1 hour – Live)
Wrapping up the weekend, join the crew from Wyvern for a live chat as they sit down with some fans, players, and GateMasters. And there will be some exclusive giveaways for fans!

Stargate fans will get to go hands-on with the game when it officially launches at Gen Con’s online convention next week (starting Thursday, July 30). Stay tuned to GateWorld on Monday for a full run-down of all the Gen Con events. You can sign up right now for a free Gen Con Online badge to get ready.

Keep up with the latest by signing up for updates at StargateTheRPG.com. Read more about the game, the new race it introduces, and where in the Stargate timeline it takes place here.

I thought livestreaming was, you know. Live?