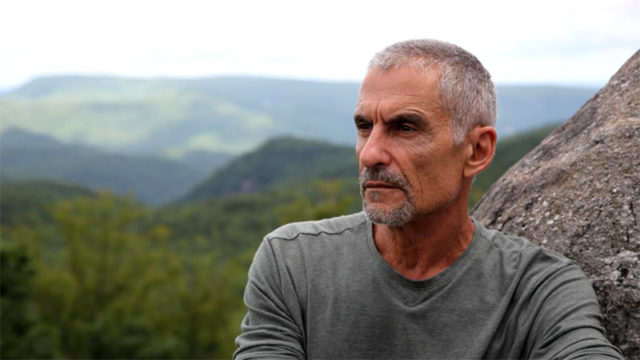 Into the Unknown / Discovery Networks

Stargate fan favorite Cliff Simon is deliciously evil as the Goa’uld System Lord Baal on Stargate SG-1. Now he’s exploring the country in search of the paranormal in a brand new series for Travel Channel.

Into the Unknown will take Simon (a survivalist and veteran of the South African Air Force) around the United States as he braves the most inhospitable terrain in search of the creatures and spirits of local myth and legend. The new series premieres Monday, July 27 (11 p.m. Eastern and Pacific) on Travel Channel in the United States.

On a hunt for answers to the nightmarish myths and legends that have haunted locals for millennia, Simon uses his skills to hike, swim and even crawl his way into places most wouldn’t dare go.

… Within the shadowy wilderness lurk chilling tales of swamp monsters, mythical beasts, ancient aliens and mysterious phenomena. In each hour-long episode, Simon journeys into the unknown to confront the truth behind these terrifying legends, meeting with scientists, shamans, historians and witnesses who help shed light on the enigmatic tales. After consulting with local guides to best plan his route, Simon ventures off alone into one extreme landscape after another. Whether he’s spending the night inside the ancient lava tubes of California’s Mount Shasta, trudging his way through the deadliest swamp in America or trekking through dense North Carolina forests, Simon’s journey takes him to haunting places where the wilderness and paranormal intersect. 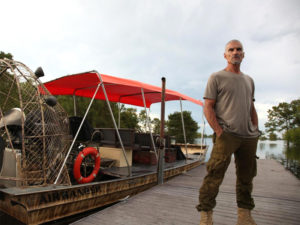 “I had my first paranormal encounter when I was younger and I’ve been fascinated with otherworldly beings ever since,” Simon said. “There are dark secrets hiding in the furthest reaches of the earth, and that’s where I’m headed to find answers.”

The show is described as part investigation, part travelogue, and part survival lesson as Cliff seeks to uncover the source of these secrets and scary stories. The first episode in the 6-part series takes Simon to the Louisiana bayou, where he’ll explore the country’s largest swampland in search of evidence of the legendary swamp monster Rougarou.

Future installments take Cliff from the lava tubes of Mount Shasta to the deserts of southern California, and from the Pine Barrens of New Jersey to the Big Island of Hawaii.

Read more about Into the Unknown at TravelChannel.com. And set your DVR!

Thanks to Lyle for the tip!