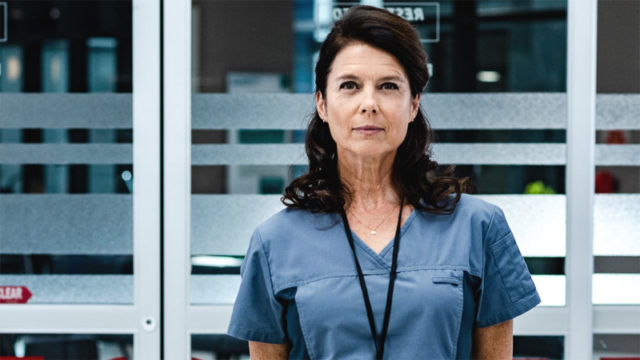 Actress Torri Higginson is scrubbing up for the brand new Canadian medical drama Transplant, and viewers in the U.S. will have a chance to see the show in just a few days.

Transplant stars Hamza Haq as Dr. Bashir “Bash” Hamed, a brilliant emergency room doctor who was forced to flee war-torn Syria two years ago. He has struggled to find a job at a hospital, until a disaster prompts him to act boldly and save lives in unconventional ways. This creates an opportunity for a second chance at York Memorial Hospital in Toronto — though some of his colleagues are uncertain whether he should be there. 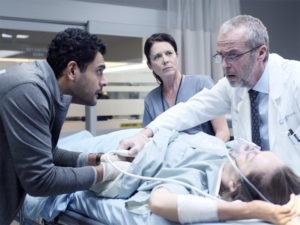 Higginson played linguist and diplomat Dr. Elizabeth Weir on Stargate Atlantis, where her character was tasked with leading an international expedition to the lost city of the Ancients in the Pegasus Galaxy. She was a series regular for Atlantis‘ first three seasons, then appeared in a recurring role in the fourth season.

In Transplant she plays the ER head nurse Claire Malone, described as a quick-witted nurse who has seen it all and can’t be pushed around. She’s initially resistant to what seems like an impulsive decision to hire Bash.

The show’s first season includes 13 episodes, which aired this past spring on CTV in Canada. It’s been renewed for a second season. The show is also available for streaming in New Zealand on TVNZ OnDemand. Check out the trailer below!

Thanks to Ken for the tip!

Typical – a Canadian show and I’m in Canada, but when I go to watch the trailer, it says “the uploader has not made this video available in your country”.

That’s NBC for you. I’d suggest you search for the show trailer under CBC instead — there’s bound to be something, since the show aired there in the spring.

I *KNEW* she looked familiar! Just couldn’t place her.