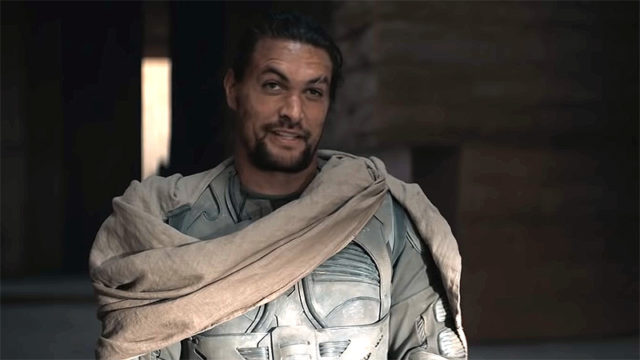 The trailer for the upcoming sci-fi feature Dune just dropped, and it looks absolutely stunning. Dune may be one of the science fiction events of the year (if not the decade).

The movie co-stars Jason Momoa (Stargate’s Ronon Dex), who can be seen throughout the 3-minute trailer. Take a look below!

The story follows young Paul Atreides (Timothée Chalamet), son of a wealthy, interstellar dynasty that controls the desert plant Arrakis. It’s called the “wasteland of the Empire” — but Arrakis is also the only source of Spice, a substance vital to the economy of the Empire.

Momoa plays Duncan Idaho, an agile fighter, swordmaster, and pilot. Idaho who is loyal to House Atreides, and in the novel he is appointed ambassador to the desert tribe known as the Fremen when the Atreides assume control of Arrakis. 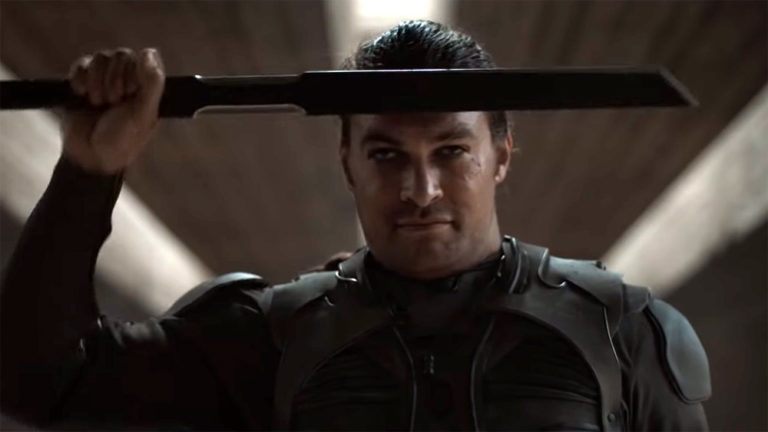 Denis Villeneuve (Blade Runner 2049) directs the film, a new take on the classic Frank Herbert novel (first published in 1965). The movie will kick off a new franchise for Warner Bros., with Villeneuve directing a second film (this first installment only covers about half of Herbert’s first novel). Legendary Television is also developing a prequel TV series, Dune: The Sisterhood, for HBO Max.

“I would not agree to make this adaptation of the book with one single movie,” Villeneuve told Vanity Fair. “The world is too complex. It’s a world that takes its power in details.”

Dune is slated for a December 18 theatrical bow, though the pandemic and the slow reopening of the global cinema market may yet have an impact on that date. The trailer notably ends with no release date, but the words “Only in theaters.”

The novel was previously adapted for the screen in 1984’s Dune, directed by David Lynch. It was also a successful mini-series on SCI FI Channel in 2000.