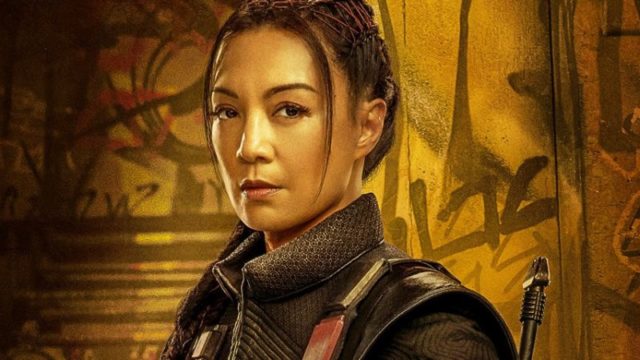 UPDATE: Lucasfilm has confirmed that The Book of Boba Fett is indeed a new original series, and that Ming-Na Wen will co-star.

The Book of Boba Fett, a new Original Series, starring Temuera Morrison and Ming-Na Wen and executive produced by Jon Favreau, Dave Filoni and Robert Rodriguez, set within the timeline of The Mandalorian, is coming to @DisneyPlus Dec. 2021. pic.twitter.com/YT2zbLufI8

Watch out for SPOILERS for “Chapter 16: The Rescue,” the final episode of The Mandalorian Season 2.

Ahead of the second season finale of The Mandalorian, Ming-Na Wen’s character got her own Star Wars character poster.

It was a sign not only that the sharpshooting assassin Fennec Shand would make another appearance in “The Rescue,” which wrapped up the Disney+ show’s ambitious sophomore year. (It’s her third episode of the 8-episode season.) The character is just getting started, with an almost certain return in at least one live action series next year.

More on that in a moment. 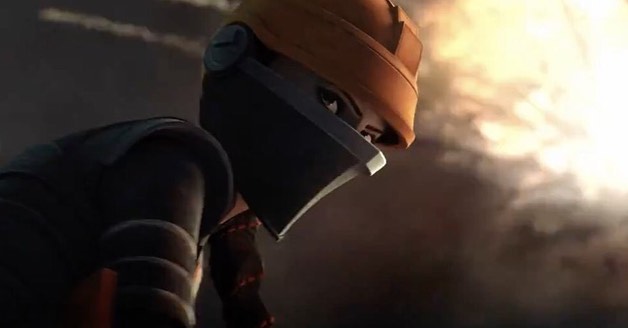 The actress, who played Camille Wray on Stargate Universe, has also confirmed on social media that she is voicing the character for Star Wars: The Bad Batch, an animated spin-off of The Clone Wars.

Eagle-eyed viewers spotted the character, in her distinctive helmet, in the trailer released last week. Wen told StarWars.com that executive producer Dave Filoni asked her to keep mum about her role anyway.

The actress said to Filoni, “If you wanted to keep it a secret you shouldn’t have put me in the trailer!” Wen told StarWars.com. “Everybody is saying they just want the confirmation. So, yes, it is Fennec! It’s a younger Fennec and she is voiced by me and I’m thrilled and beyond happy that Dave wanted to create more of a backstory for her.”

To answer all who asked last week….

The animated series is set earlier in the Star Wars timeline, at the rise of the Galactic Empire (following Order 66). The Bad Batch will therefore give Wen and the writers the opportunity to fill in the character’s backstory, and add some additional dimensions to her.

“She’s cutting her teeth as a bounty hunter in The Bad Batch,” Wen said. “She’s still a loner, a drifter. … There’s just a sense of more recklessness about her, just bravado. You know, a young punk. She’s more adventurous and willing to take greater risks because she doesn’t know what the consequences are.”

In live action, Fennec Shand ended the second season of The Mandalorian still at Boba Fett’s side. The two shot their way into (the late) Jabba the Hutt’s palace on Tatooine, where Fett (Temuera Morrison) shot the classic Return of the Jedi character Bib Fortuna and assumed his seat of power.

The post-credits scene closed with the words: “The Book of Boba Fett. Coming December 2021.”

Entertainment news sites leapt to the keyboard, running headlines reporting that Disney+ had just announced a Boba Fett spin-off series. If that’s the case, Ming-Na Wen is likely to be a part of it.

But not so fast. As of Friday night Disney and Lucasfilm have not confirmed a Boba Fett series, and it might be that “The Book of Boba Fett” is only a subtitle for the next season of The Mandalorian. (That fits the writers’ use of “chapter” numbers for each episode.)

At last week’s investor presentation Disney and Lucasfilm announced multiple new television projects, including Mandalorian spin-offs Ahsoka and Rangers of the New Republic. There was no word there of a Boba Fett series. Lucasfilm chief Kathleen Kennedy said that “the next chapter” of the multi-show, interconnected story will premiere at Christmas of 2021. But she didn’t explicitly confirm, as many presumed, that this would be the third season of The Mandalorian. 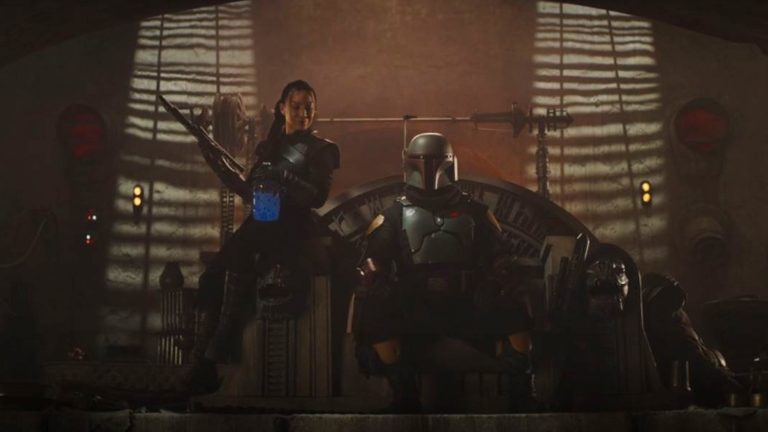 Bounding Into Comics cites reporting from LRM Online and other sources, which suggest that a Boba Fett limited series may be what Kennedy was referring to. A December premiere for that would push the third season of Mando into 2022.

Whether it’s under the banner of Boba Fett or The Mandalorian, however, Ming-Na Wen will be back in whatever Star Wars has planned next. Fennec Shand is just getting started.

She said that Shand and Boba Fett have an equal partnership, though she owes him a debt since he brought her back from the brink of death.

“She’s always been a loner,” Wen said. “So to partner up with Boba, I think that’s a huge transition for her and I think also more vulnerable, a little bit. You don’t see it, but for me — in my mind, in my head — once you’ve died, once you’ve been killed, it takes a little bit of that edge off of feeling like you can get out of anything. So I think she’s also just trying to figure out how best to play the new game.

“She’s always playing a bit of chess here and there, figuring things out. But, ultimately, at this point in her life she’s still quite the mercenary.”

This article is incorrect. The Book of Boba was almost immediately confirmed as being a spinoff, not part of The Mandalorian.

After seeing her in The Mandalorian and Agents of Shield, it seems so odd to go back to STU and watch her not kicking ass.