Browse: Home / 2021 / February / Watch For Free – Stargate: The Ark of Truth and Stargate: Continuum Are On YouTube Movies 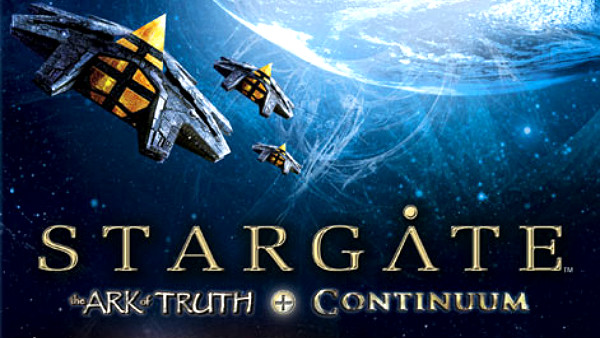 Two of Stargate SG-1‘s very best stories are now streaming for free in the United States.

YouTube Movies has just posted both Stargate: The Ark of Truth and Stargate: Continuum, which viewers can enjoy for a limited time without cost (but with ads).

The Ark of Truth wraps up the Ori storyline from the final two years of the television series, with SG-1 taking the Earth ship Odyssey through the Supergate to the enemy’s home galaxy. But can they find a way to stop the forces of Adria (guest star Morena Baccarin) before the Ori footsoldiers conquer the Milky Way? Series executive producer Robert C. Cooper wrote and directed the film.

Watch Stargate: The Ark of Truth on YouTube Movies > 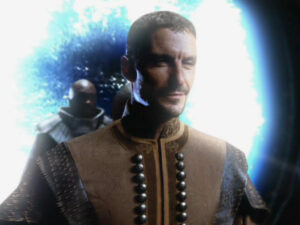 Continuum follows up with a largely stand-alone story, though one that does deal with one of the show’s outstanding villains: former Goa’uld System Lord Baal (guest star Cliff Simon). Written by Brad Wright and directed by Martin Wood, the movie packs in adventure, time travel, parallel realities, and a lot of heart as the survivors of SG-1 struggle to restore their broken timeline.

Both films were shot in 2007, following the cancellation of the long-running television series. They were released direct to DVD in 2008, and later broadcast on Syfy Channel.

Unfortunately for Stargate’s international audience, the films are currently available on YouTube Movies only to viewers in the U.S. Since rights vary from country to country, please check your local listings and streaming services to find The Ark of Truth and Continuum in your region.

Looking to stream more Stargate? Find out where SG-1, Stargate Atlantis, and Stargate Universe are streaming now on our “Where To Watch” tracker!

I am truly disappointed that the current state of politics and other affairs around our world stop people from all over watching these movies :( Such a sad thing when even simple entertainment is blocked and banned in different parts of the world :(

Usually when a product is available from a provider in one country but not another, it’s because the distributor (here MGM) has different deals in place with other business partners in your country that legally prohibits them from a global release on a single platform.

I probably should have chosen my wording more carefully. I didn’t mean politics in a leadership /government sense, I just couldn’t find the words to use in my earlier post. But regardless of my terrible wording your post is spot on ;) And exactly what I was trying to say! But better haha

I am a follower of both you and David and, off course, Stargate. GREAT JOB both of you! It’s a pointless to add these to media and limit it to just a few regions. The numbers of watches, likes, dislikes are not that relevant in this case. I think these free to watch Youtube deals are just campaigns to see how many people are interested in Stargate content, and will count toward how fast SG 4th serie will start producing. Having a limit who can watch these videos will not show the correct metric of how important Stargate is. I… Read more »

You could certainly make your voice heard to MGM. I think that’s always a valuable thing for Stargate fans to be doing. However it’s most likely that they didn’t make any deliberate decision to restrict this content. It’s not published by MGM on their own YouTube channel; it’s YouTube’s movie service, which is constantly rotating various films in and out of its free offerings. So YT probably threw some money at MGM, and MGM said, “Neat.” YouTube in other territories might have totally different offices making different content requests to different studios. IF they are all coming from the same… Read more »

There is a contradiction in what you say: YT cannot add content( copy movies) and do this by themselves, add restriction and so on.
There for MGM will have something to say about the whole situation and how the movie will be seen.

Yeah…decades where some streaming companies are making millions from limiting content, not offering them equallity at a push of button, for all.

Anyhow, it’s something we cannot change ourselves, just to talk about…
Again, good job on covering Stargate!

They are also on Roku through the Roku app that is packed with free content, though most of it is pretty low grade. But I was excited to finally see these!