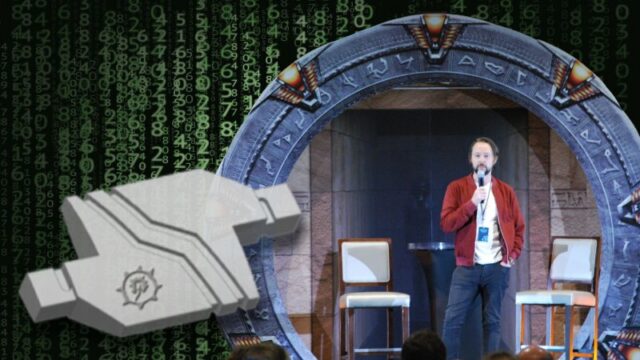 Gatecon is one of our favorite weeks of the year, as hundreds of fans and dozens of former Stargate cast and crew members come together to celebrate the long-running science fiction franchise in the place where SG-1, Atlantis, and SGU were originally filmed: Vancouver, British Columbia.

GateWorld will be there for “Gatecon: The Celebration” this September 1-5. But if you can’t make it to beautiful British Columbia, Gatecon’s organizers have just opened things up to the universe with a new online livestream ticket option.

The “Replicator Digital Ticket” will let fans livestream more than 14 hours of panel events scheduled for this year’s convention. The ticket is now available for $75 (USD).

It’s also an added feature for those who will be on the ground in Vancouver, as now fans can tune in to the livestream from a mobile device to see what’s happening on stage while they wait in line for a photo op or an autograph. The Digital Ticket is included for all weekend pass holders. 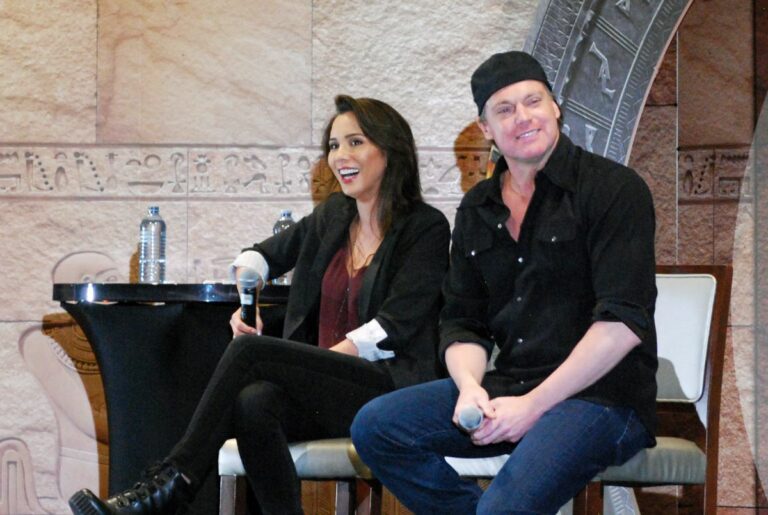 Lexa Doig and Michael Shanks on stage at Gatecon: The Invasion in 2018. (Photo by GateWorld)

Along with the news that opens up Gatecon’s festivities to its largest audience in the convention’s 22-year history, Gatecon has also unveiled the full schedule for the weekend. It includes autograph and photo sessions, a costume competition, a charity banquet, two nights of charity auctions (benefiting Make-A-Wish Canada), plus stage appearances throughout the day on Friday, Saturday, and Sunday.

Gatecon has also opened up sales for day passes for those who live in the Vancouver area and want to enjoy just part of the convention. Friday, Saturday, and Sunday passes sell for $100 (USD) each. These include access to all the stage panels for that day, the dealer’s room, the Stargate exhibition from Empire Movie Memorabilia, and an opportunity to buy photo ops or autographs from the guests who are doing them that day.

For those still interested in booking passes for the full weekend, the “Nox Ticket” ($199) and “Asgard Ticket” ($299) cover admission for all three days and include some additional perks. (The bigger “Furling” and “Ancient” passes are sold out.)

Gatecon started in 2000, during Stargate SG-1’s early days of production. Complete with a Monday tour of filming locations throughout the Vancouver area, Gatecon is a non-profit event produced by fans, for fans.

Learn more about the convention, check out the full guest roster, and pick up your tickets now at Gatecon.com. We’ll see you there!