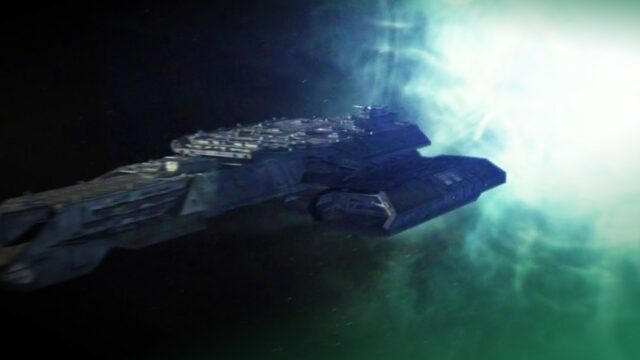 Stargate had some of the best visual effects done for television in its era, thanks in part to several third-party VFX houses. Leading the team of artists and technicians here were visual effects supervisors James Tichenor, Michelle Comens, and Mark Savela.

Eventually the franchise would set up its own in-house visual effects studio, in order to keep this important part of the creative process closer to home at The Bridge Studios in Vancouver. That change started in 2005 with Stargate SG-1‘s ninth season and Stargate Atlantis‘s second season (and continued through two years of Stargate Universe).

“Dial the Gate” recently caught up with Savela to talk about his career on the franchise, and to shed some light on the process for us laymen. What does a typical episode look like for the VFX team, from start to finish? How did Savela and his crew keep this all straight when different shots were still being farmed out to different effects houses — all in the name of fulfilling the vision of the episode’s writer and director?

“It all depends on where you are in the season,” Savela said. “… When you’re in the middle of a season you’re working on nine [or] ten episodes at the same time, at various stages. So we used to have a giant whiteboard on where we were sending shots. It was just like somebody’s brain exploded on this white board! And I would look at it and say … ‘We’re either geniuses or we’re super lucky!'”

Watch the clip for Mark’s insights into the process:

Savela also fondly remembers working with writer-producer Martin Gero, who wrote some of the biggest episodes of Stargate Atlantis. (Gero has since gone on to create hit network shows like Blindspot, The L.A. Complex, and the new reboot of Quantum Leap — which actually premieres tonight on NBC.)

“He would just challenge us,” Savela said. In the third season finale “First Strike,” for example, Gero asked the VFX team to create a lengthy sequence wherein the U.S.S. Apollo launches a naquadah-enhanced missile attack on the Replicator homeworld Asuras.

The shot moves from the ship dropping out of hyperspace and launching the multi-stage weapon to a long camera track that follows the bombs all the way to detonation on the surface below. In the finished episode it starts at the 12:00-mark, and runs a full 1 minute and 20 seconds! 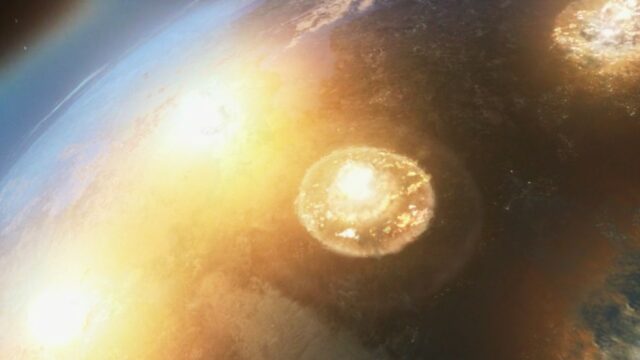 “I remember him saying, ‘I’m going to write a minute-long visual effects shot!’ … [It was] the longest one, single shot. People asked, ‘Do you think it will be exciting?’ And it actually is pretty cool. It was so fun. Martin would always come up with these things … he would really push us. It was always a challenge, but fun challenges.”

For more from the full, 90-minute conversation with Mark Savela visit “Dial the Gate” on YouTube! While you are there, also check out GateWorld’s YouTube channel and subscribe to see new videos every week.